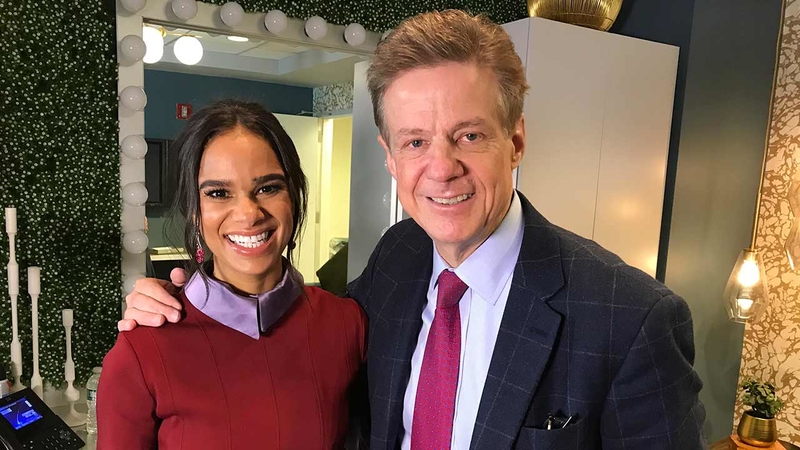 It's become a holiday tradition, but you may not know "The Nutcracker" ballet began as a short story first told a century ago, and that's the source of inspiration for a new movie.

Life is good for Copeland, but it wasn't always.

She's a principal dancer for American Ballet Theater (ABT) who has performed on Broadway. Now, she's going back to the future in the new Disney movie.

Copeland says her life has come full circle with its release. The film is based on the original story that inspired what is arguably the world's most famous ballet.

"The first ballet I ever performed in was 'The Nutcracker' when I was 13-years-old," Copeland said.

This was a crucial first step for the world-class artist she would become, but finding ballet had an even greater meaning for her as a human being.

"It was probably the first moment in my life that I wasn't terrified," she said.

Copeland was a shy, introverted child traumatized by poverty.

"Saw things I shouldn't have seen," she said. "And moving around a lot, not having food on the dinner table or a home. You know, roof over our heads. It made me build up so much anxiety and fear in me."

She found refuge as a dancer.

"For whatever reason, I'd step onto the stage as that first time dancing as Clara in 'The Nutcracker,' and it was like, 'Oh, I'm comfortable now,'" Copeland said.

Mackenzie Foy plays Clara in the new movie, while Copeland has a small role as the ballet princess, but one that still carries a lot of importance.

"People will be able to look at it and think, 'that's what a ballerina looks like, and it won't be weird or different like she's a black ballerina," she said. "They're going to be growing up this next generation seeing a black princess in a Disney film."

I saw this movie with an elementary school teacher and Leslie Hodges believes her third-grade students would like "The Nutcracker and the Four Realms." It is from Disney, owned by the same parent company as ABC 7.