The Satanic Temple wants bakers to make cakes for Satan 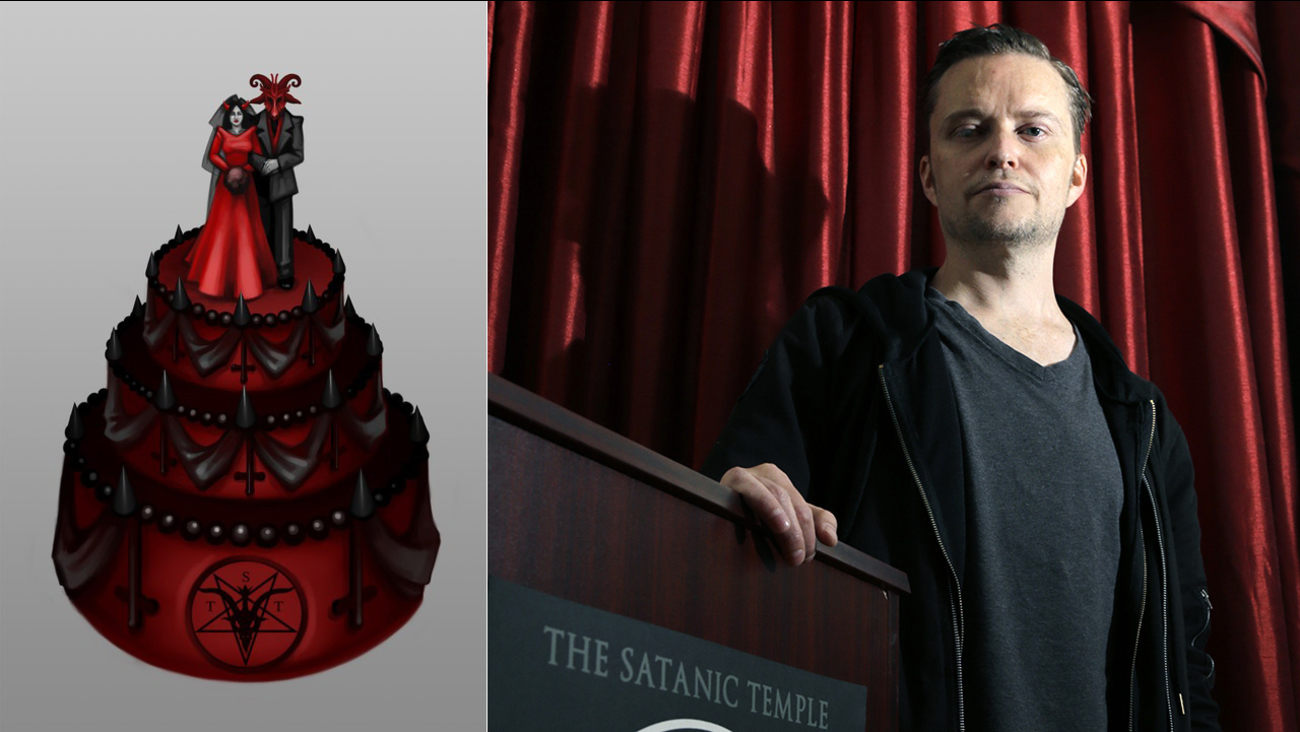 NEW YORK (WABC) -- A political activist organization called The Satanic Temple says it's taking a stand against LGBTQ discrimination by bringing satanic wedding cakes to a bakery near you.

The Satanic Temple says it's urging its members to order the desserts ahead of an upcoming Supreme Court showdown, with the high court set to hear the case of a baker from Colorado who refused to make a wedding cake for a gay couple due to his religious beliefs.

The baker, Jack Phillips, is challenging a Colorado law that says he was wrong for refusing the order.

The Satanic Temple points out that sexual orientation is not a protected class under the Civil Rights Act of 1964, even though religion is. Now, the group says it is trying to use its protected status to force bakers to make satanic cakes.

"If they aren't willing to make a cake for same-sex unions, let's have them make a cake to honor Satan instead," Satanic Temple spokesperson Lucien Greaves said in a statement.

The Satanic Temple released a picture of a cake adorned with upside-down crosses, a pentagram, and a horned bride in a red dress standing next to a devilish groom.

The Satanic Temple, which has chapters around the country (including New York City), says its mission is "to encourage benevolence and empathy among all people."