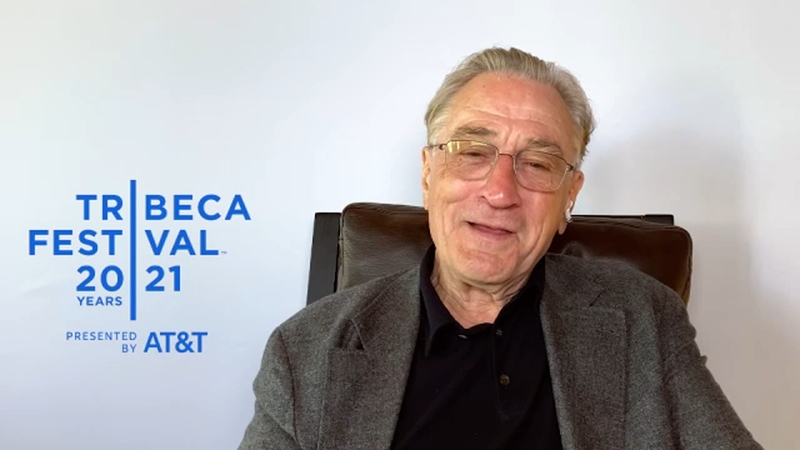 NEW YORK (WABC) -- The Tribeca Festival remains as relevant today as ever before, say its organizers, and they have the programming to back up that claim.

Over the next 10 days, more than 200 films will be seen by more than 100,000 people, and that indicates how dramatically the event has grown over the past couple of decades.

What began in the aftermath of tragedy with a simple objective revitalize Lower Manhattan that was devastated on September 11th has expanded to encompass the entire city.

"It's a great thing, and simply, I'm proud of being part of it," co-founder Robert De Niro said. "It was founded on another horrific incident 20 years ago, so it's in keeping that we'd be here, now, doing what we're doing. And also last year it was a virtual festival, but still we did it, and this is the logical step what we're doing now."

His business partner is co-founder Jane Rosenthal, and they've worked hard to launch this year's festival in an entirely local way.

"In the Heights" will premiere in the neighborhood where it was conceived and made, along with showings in all five boroughs.

The film is based on Lin-Manuel Miranda's Tony Award-winning Broadway show.

The film will screen at an old movie palace, The United Plaza Theater in Washington Heights, but that's not all.

"We are simulcasting it to a dozen other screens from the Bronx to the Battery to Staten Island," Rosenthal said. "And we're going to take over the city."

So what began in Tribeca has now broadened to cover the entire city.

"To help bring people out, so they go shop in local neighborhoods, go to local restaurants," Rosenthal said. "It's about helping to bring the economy back through arts and culture."

In the process, the festival has become part of what De Niro calls the "cultural fabric" of his native city."

"It represents what the city is and what it's about," he said.

The founders have dropped the "film" from the title of their festival, to indicate the broad range of media represented, including for the first time, a lineup of podcasts.

A real effort has also been made to embrace diverse points-of-view, including sections devoted to Juneteenth and LGBTQ+ programming.

For more information or for tickets, visit TribecaFilm.com/Festival.