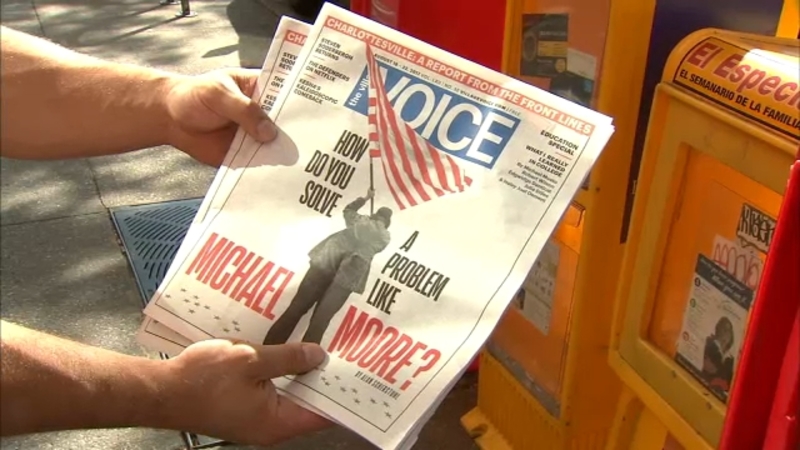 NEW YORK (WABC) -- An iconic New York City paper will get a second life thanks to the parent company of LA Weekly.

Street Media announced Tuesday, the purchase of 'The Village Voice,' an iconic newspaper that served the New York community for 63 years.

"The Village Voice represents one of the most iconic papers in our nation and the very best of local media," Street Media CEO and Publisher Brian Calle said. "For more than six decades, it was the heart of New York City and the voice of the community it served. We are proud to be able to revive both the digital and print editions of this paper."

The sale comes after a multi-year effort by the former publisher, Peter Barbey, to create a full digital archive of The Village Voice in order to preserve the paper's complete historical record.

The paper will resume in its digital format in January 2021 and will be published in print quarterly with plans to increase that number over time.

Over its 63 years of publication, The Village Voice received countless accolades including three Pulitzer Prizes, the National Press Foundation Award, and the George Polk Award.

The final print edition was published in September 2017 and featured a 1965 photo of Bob Dylan on the cover.
After struggling with economic downturns, the paper ended its print production, but provided daily coverage online until August 2018 when it stopped publishing editorial content altogether.

At the time of the newspaper's closure, Barbey pledged to digitize the paper's entire print archive going back to its founding in 1955.

MORE NEWS: Authorities shut down illegal club with 160 people inside

"The importance of being able to digitally search the historical content of the paper cannot be underestimated," Barbey said. "Literally, the entire history of New York politics, arts and culture resides in its articles, ads, and even classifieds."

The paper archive will be donated to a major New York public institution in the coming months.