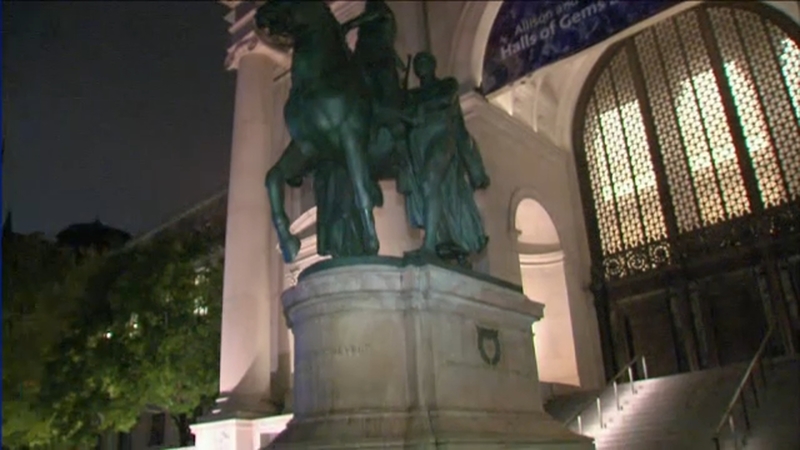 UPPER WEST SIDE, Manhattan (WABC) -- The controversial statue of Theodore Roosevelt outside the American Museum of Natural History was vandalized overnight.

Someone sprayed red paint on the Theodore Roosevelt Equestrian, stationed outside the Central Park West museum, at around midnight early Wednesday morning.

No arrests were immediately made and police are reviewing surveillance video. A police car is now standing guard outside the statue.

The statue, depicting Roosevelt on a horse with a Native American man on one side and a Black man on the other, has more recently been interpreted as symbol of colonialism and is now slated to be removed.

It will be relocated on a long-term loan to a cultural institution dedicated to Roosevelt. The removal was supported by Mayor de Blasio and Roosevelt's family.