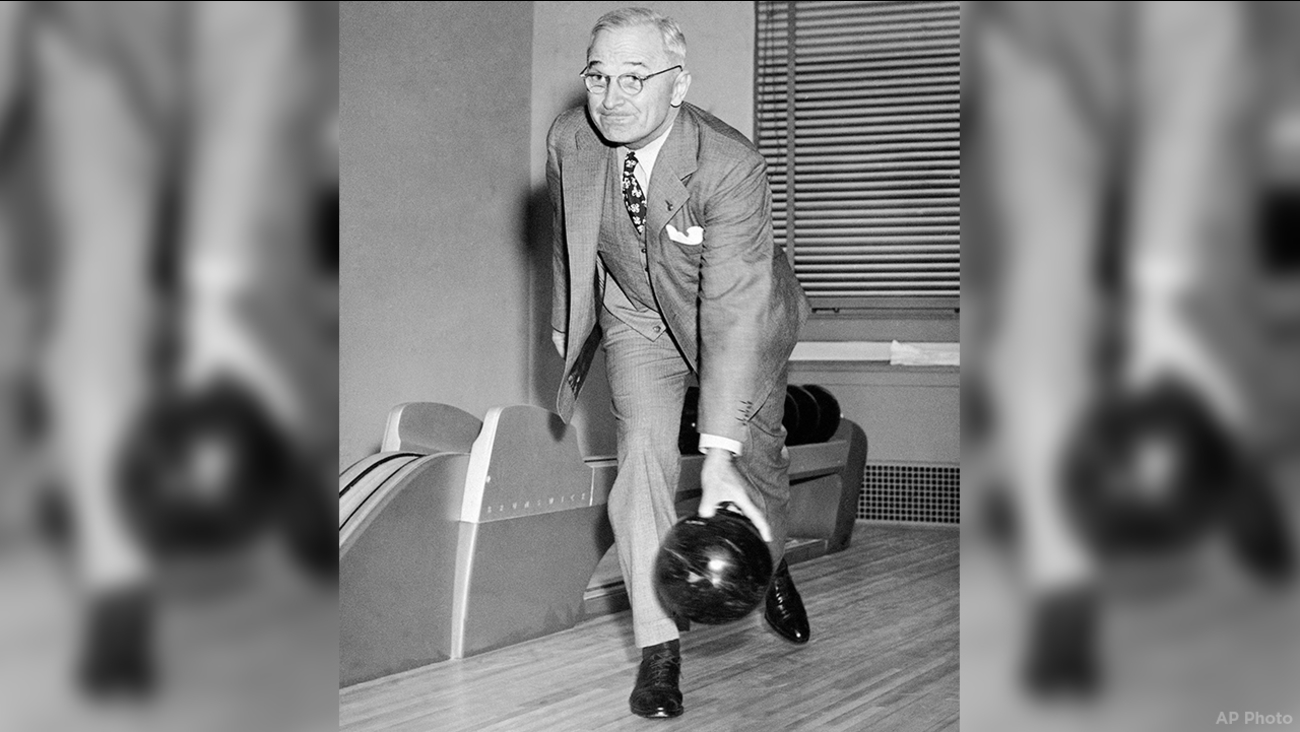 President Harry S. Truman rolls one down the alley at the formal opening of a White House bowling alley on April 19, 1947.

The two-lane alley was built in the West Wing in honor of Truman after a group of Missourians funded the construction as part of Truman's 63rd birthday celebration. Though Truman was more of a poker player than a bowler, he rolled a 7 on his first ball, according to History.com.

White House employees, including secretaries, groundskeepers and Secret Service agents, started their own league in 1950. They played in tournaments until President Eisenhower closed the alley in 1955. Another alley was built in the Old Executive Office Building, which saw some use by President Johnson, but it wasn't until President Nixon's term that a bowling alley was restored to the presidential residence.

Built under the North Portico entrance of the White House in 1969, the one-lane alley got much use from avid bowlers President Nixon and his wife. USNews reported that Nixon's unearthed bowling scores revealed an impressive high score of 232.