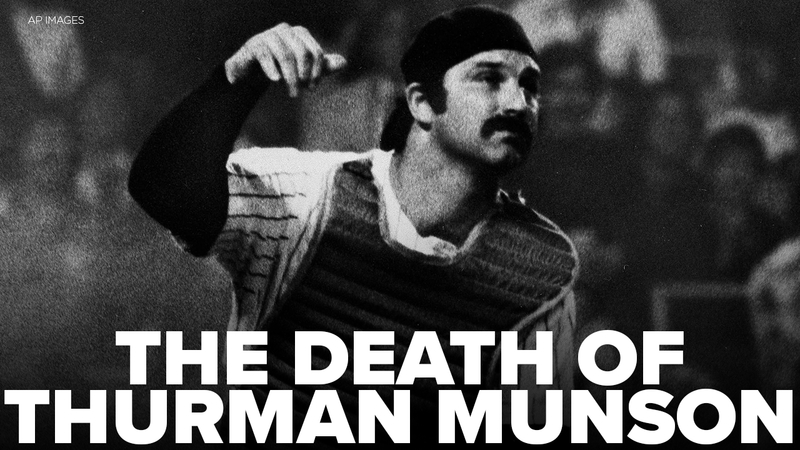 Munson was using his Cessna Citation to commute between New York and Canton, Ohio, where his family lived. He was killed during a practice landing at the Akron-Canton Regional Airport. The two other men aboard the plane survived.

This is original Eyewitness News coverage of the tragedy, with Chee Chee Williams interviewing two of his fellow players, Graig Nettles, who had flown with Munson on the same plane weeks earlier. Nettles spoke of Munson's great love and enthusiasm for flying. Catfish Hunter, who said Munson was his best friend on the team, spoke to Chee Chee about why Munson was so private.