Long-lost siblings: Best friends in Pennsylvania learn they are sisters after 17 years 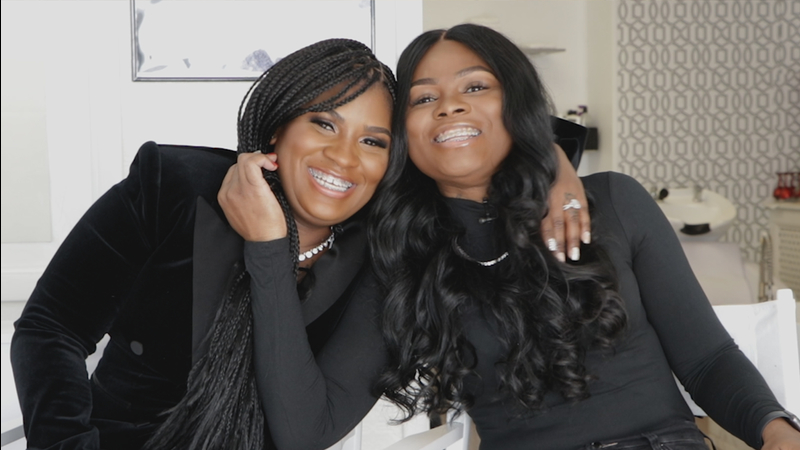 Best friends learn they are sisters after 17 years

HOLMES, Pennsylvania -- "It was just God's work, man," said Kenneth Wimberly, who just learned he has another daughter.

This story takes us back 17 years to Sulzberger Middle School in Philadelphia. A 6th grader, Ashley Thomas, would practice styling hair on her new best friend, Toya Wimberly.

Many said the pair looked and acted like sisters. They grew up feeling that way, too.

Fifteen years ago, Ashley learned that her dad, Mike, was not her biological father. This never stopped Mike from being around and taking care of Ashley. Then, her mother passed away several years later.

Toya's father, Kenneth, always joked that Ashley was his daughter, but it wasn't until last week that he learned this was true.

It was a chain reaction that started on social media. Kenneth was pictured in photos of his daughter Toya's engagement party posted on Facebook.

Ashley's late mother's best friend recognized him as someone they used to hang out with. Kenneth remembered the women and started lining up the pieces.

This prompted the group to conduct a DNA test. Sure enough, Ashley, 31, and Toya, 29, are not-so-long-lost sisters. Both are the daughters of Kenneth Wimberly.

Although the finding was initially shocking, the women share a number of similarities.

Both grew up having gaps in their front teeth and high cheekbones. As adults, they both are currently wearing braces to fix the former.

They tout themselves as hustling entrepreneurs who both started their own businesses. Toya owns a children's transportation company, Global Rides Transportation, while Ashley created Hot Headz Hair Studio.

They recently planned a group trip to Miami, but ultimately they were the only two who carried out the vacation. This gave them an opportunity to deepen their bond further before even realizing they were related.

Both became pregnant at the same time and the fathers of their first children are brothers themselves. And now, they learn they have the same father.

The whole family is left to wonder, "why now?" after nearly two decades of successful friendships. There may not be any answers, but they know there is only room to become closer.