WATCH: You have to see this most epic Times Square marriage proposal 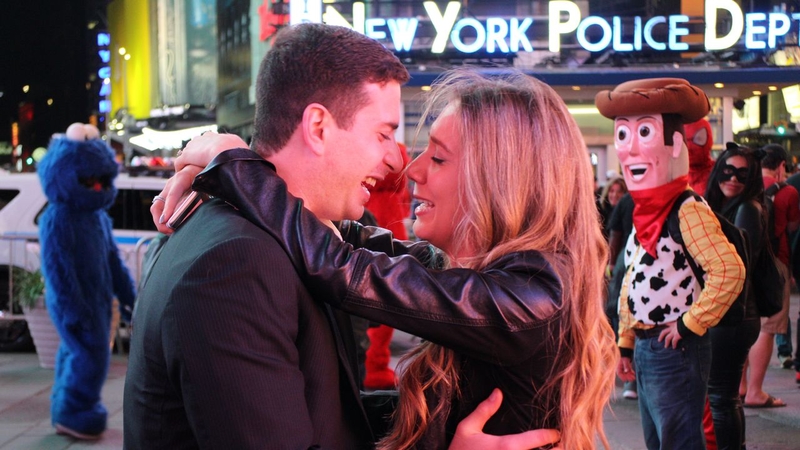 WATCH: You have to see this most epic Times Square proposal

TIMES SQUARE, Manhattan (WABC) -- A New York City man orchestrated the most epic way to propose to his girlfriend in Times Square over the weekend - and it was all captured on video.

A.J. Hall, of Astoria, wanted to pop the question to his longtime girlfriend, Nicole Pagano, in the biggest way possible. He planned what she thought was an ordinary date night in Manhattan, but it was so much greater than that.

Here's what he did: Hall created a video that appeared to be a promotion for the company where Pagano works - except the video was really a story of their relationship. At the very end, he suddenly appears holding up a sign that says, "Marry me?"

Hall rented out one of the one of the largest digital billboards in Times Square - and that's where the video would play. 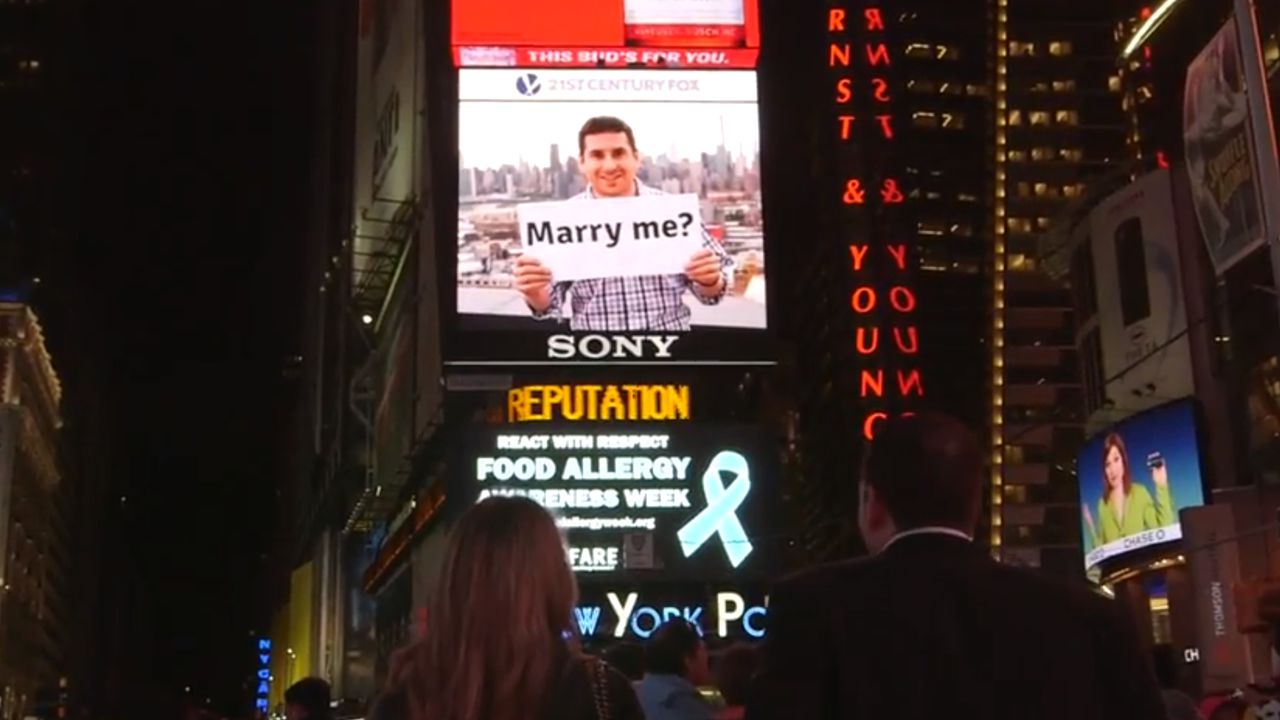 But Hall knew getting his girlfriend there at the right time would be tricky. So he coordinated with Pagano's boss, who told her she needed to check out the company's promotional video on the big screen at a specific time that night, to make sure it ran without any problems.

Check out the full video here:


Saturday night, members from both of their families blended into the crowd at Times Square, waiting for the couple to show up. Hall and Pagano arrived right on cue, and as they gazed up at the giant screen above them, their families moved into place around them. 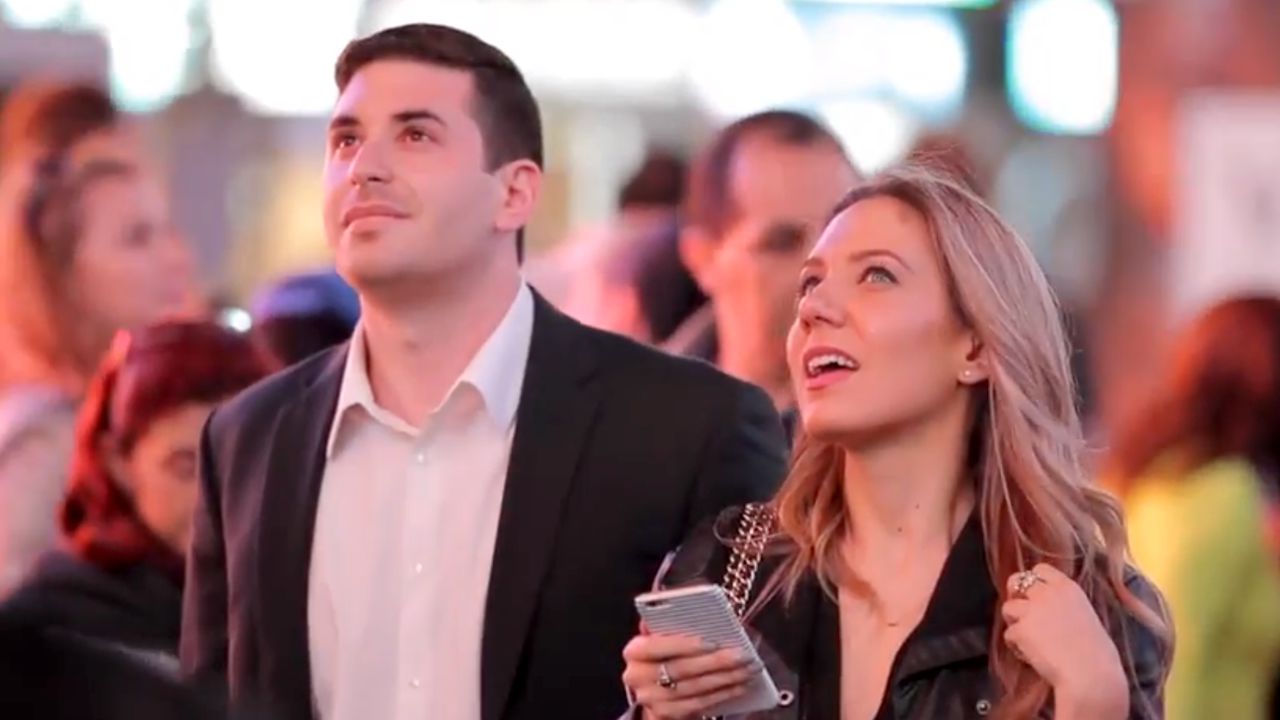 When it got to the "marry me?" screen, Pagano burst out a scream of excitement as Hall got down on one knee and popped the question. 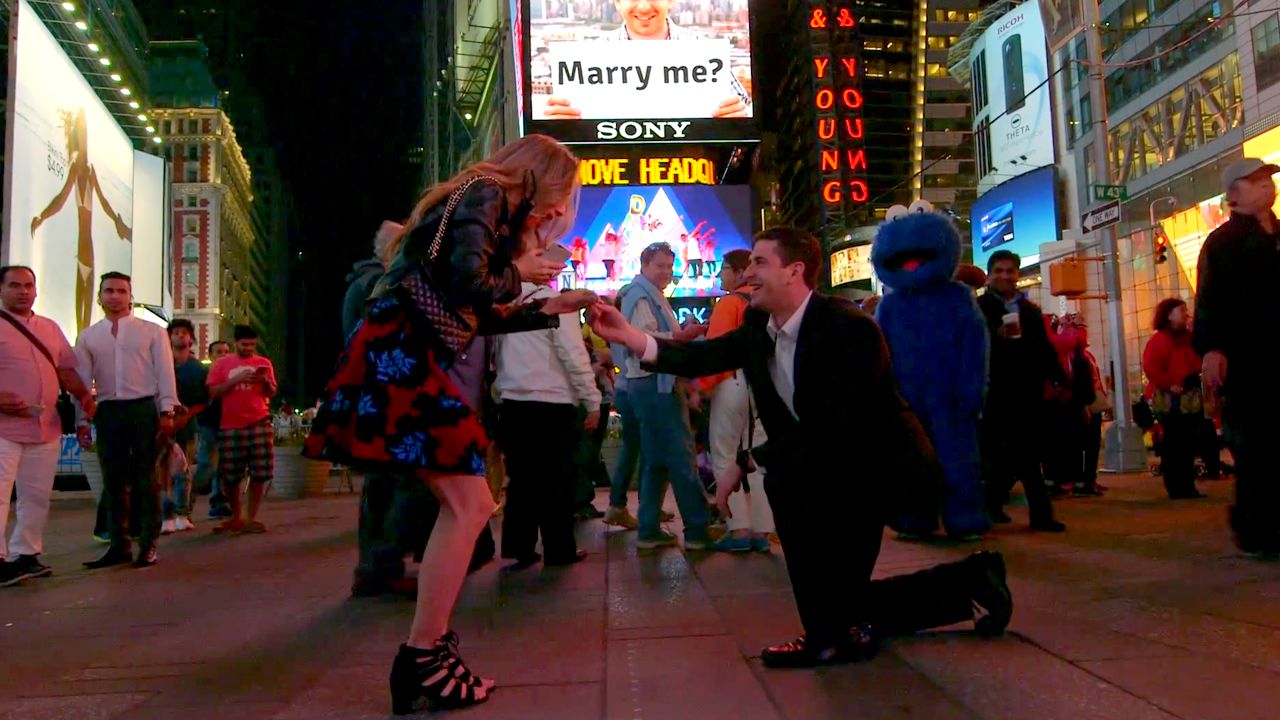 Without hesitation, she said yes, and a huge crowd - including the infamous costumed characters - gathered around to watch the special moment. 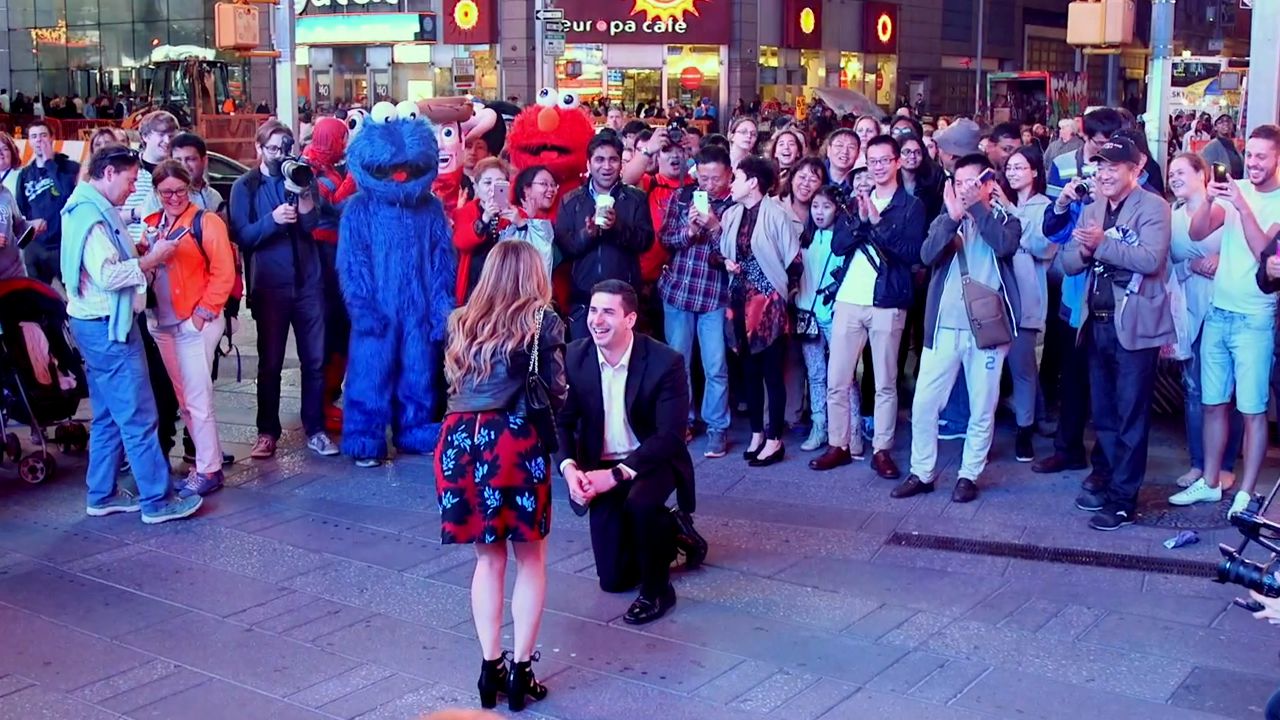 "Thanks for setting the bar for all the guys out there planning future proposals... well played sir!!" said one of Hall's friends on Facebook.