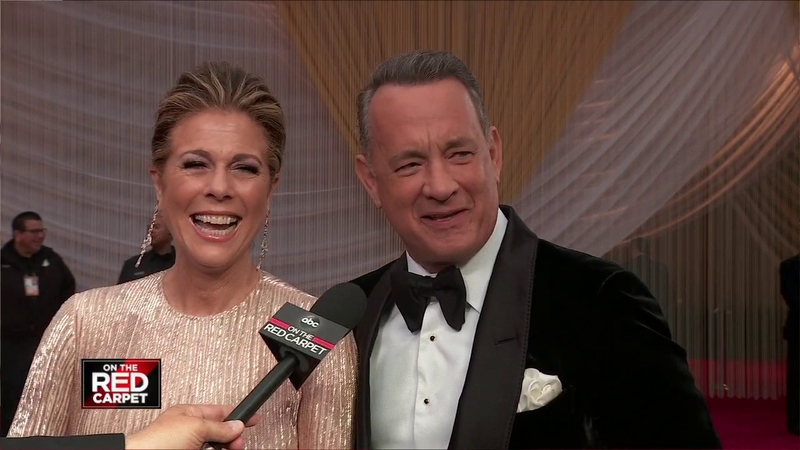 LOS ANGELES -- Oscar nominee Tom Hanks and his wife, actress Rita Wilson, reflected on their memories at past Academy Awards shows during the 2020 Oscars.

"I think we're the OG's of the red carpet," Wilson said during ABC's Oscars On The Red Carpet show Sunday.

Hanks remembered, "That first year I think they served chicken dinners, there were round tables over at Universal Studios. I remember that."

That's not all. Hanks and Wilson talked insider knowledge as veterans of the awards show.

Hanks joked that there's a "therapy room" for all of the nominees who don't take home an Oscar award.

"They have some dogs we can cuddle with, they have some pillows we can throw around," he said. "And actually, the bold names there are very impressive. I got a chance to be hanging around with everybody from Joe Pesci to, I don't know, Helen Mirren. So, it's going to be a good party there too."

Hanks was nominated for best supporting actor for "A Beautiful Day in the Neighborhood," the film about Mr. Rogers.