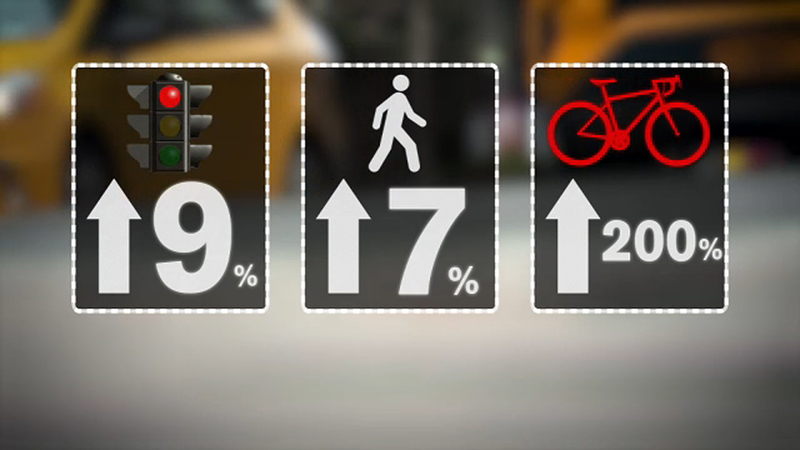 NEW YORK CITY (WABC) -- The NYPD expects more than 1.5 million people to crowd into Times Square alone to ring in the New Year, not to mention the dozens of other parties and events at restaurants and bars throughout the city. And with that in mind, police are urging everyone on the road to exercise caution.

"Mass transit is critical," NYPD Commissioner Dermot Shea said during a year-end press conference. "You are not going to be able to drive a car around anyway. Be patient."

The New York City Department of Administrative Services also tweeted out a reminder to revelers not to drink and drive, and earlier in the week, the NYPD announced increased traffic enforcement through New Year's Day.

"We never leave any part of the city uncovered," NYPD Chief of Department Terence Monahan said.

"I think about it yes," said one New York City pedestrian who is planning to celebrate New Year's Eve with friends. "I don't know. I don't walk against the light even though a lot of people do."

"I have seen stuff happening on the street," Arami Jung said. "I guess, it's good to go back and think about what we can do to be safer."

"I think it's a risk every day, so you just have to pay attention as a pedestrian, right?" Mike Stevens said.

City leaders have already begun several improvements mandated by a new roads plan designed to increase pedestrian and cyclist safety specifically, and they have indicated they hope 2020 will mark the start of a safer year on the road.