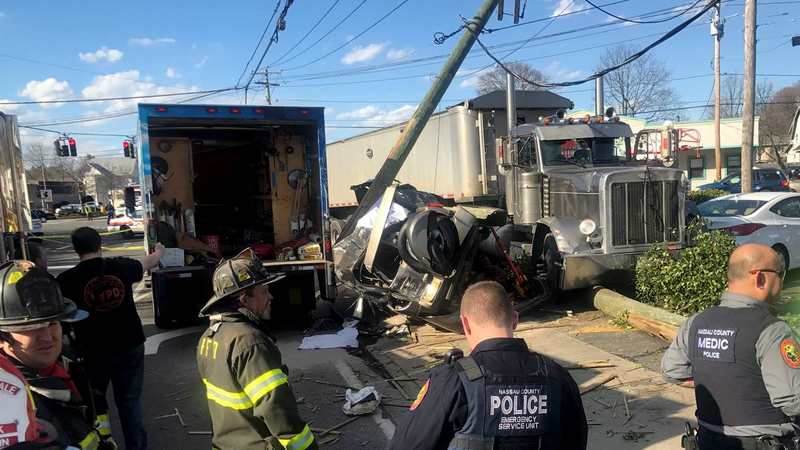 FARMINGDALE, Long Island (WABC) -- One person died and at least one other was injured in a violent crash on Long Island Wednesday afternoon.

The accident happened at the intersection of Fulton and Main streets in Farmingdale around 3 p.m.

It involved a tractor-trailer, a box truck and a Toyota Rav-4, though the cause and circumstances of the crash are currently unknown.

The Toyota was completely destroyed, toppling a telephone pole, and a passenger was pronounced dead at the scene.

Witnesses said someone involved in the crash suffered a bloody gash to the head and was sitting on the sidewalk, screaming and crying that someone was still inside the Toyota.

"I saw the truck, some civilians were trying to help the guy get out," area resident Robertta Guerrier said. "When he got out, he was was all bloody, his head, everything. And then he started, he was crying and screaming someone else was in the car. So they were trying to get the other person out. The fire department finally came. Unfortunately, they couldn't get him out."