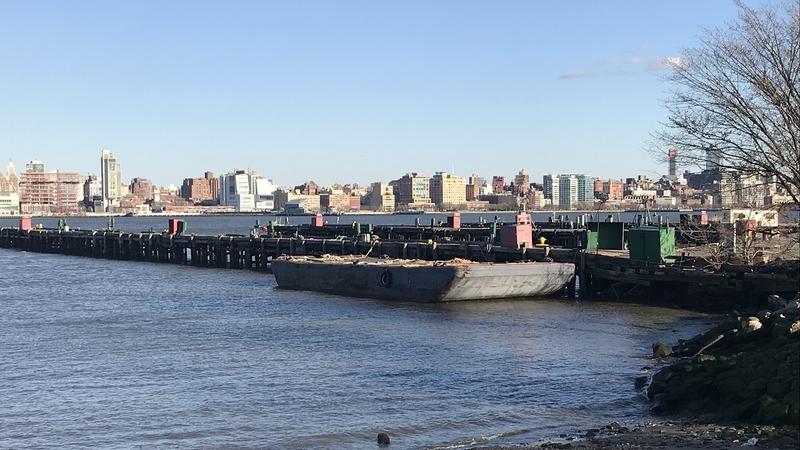 HOBOKEN, New Jersey (WABC) -- Dozens of locals and officials gathered on the Hoboken waterfront to oppose efforts by New York Waterway to transform part of Hoboken's waterfront into a ferry maintenance and refueling site. This part of the waterfront is the last piece of property that is not open space.

Officials say city officials were hoping to buy the property last year from Union Dry Dock for $11.6 million, but it was sold to New York Waterway, a private transportation company, in November. A few days later NJ Transit displayed interest in buying the site from New York Waterway and then leasing it back to them.

Hoboken Mayor Ravi Bhalla says keeping the site as a ferry maintenance and refueling area, that sits next to a playground and has breathtaking views of Manhattan, will not do the neighborhood and those who live here any good.

Bhalla says using eminent domain is the last option and is hoping that's not an option as he wants the best outcome for all involved. He says he's having conversations with leaders from Bayonne, South Amboy, and Carteret to look at other options for New York Waterway to dock so they can maintain their fleet of boats that are crucial to the 30,000 passengers daily.

A recent poll showed nearly 92 percent of residents want that property to become a park. Under NY Waterway's control, the property would not serve as an additional ferry stop for residents and commuters.

"This is a chance for Hoboken residents to have their voices heard," said Bhalla. "We hope that Governor Murphy will listen to his voters and see that Hoboken is the wrong place for this facility."

A spokesman for New York Waterway says they are in talks with Hoboken city leaders on what's next and has no further comment at this time.