Truck crashes into parked cars, row of homes to avoid cat in Brooklyn 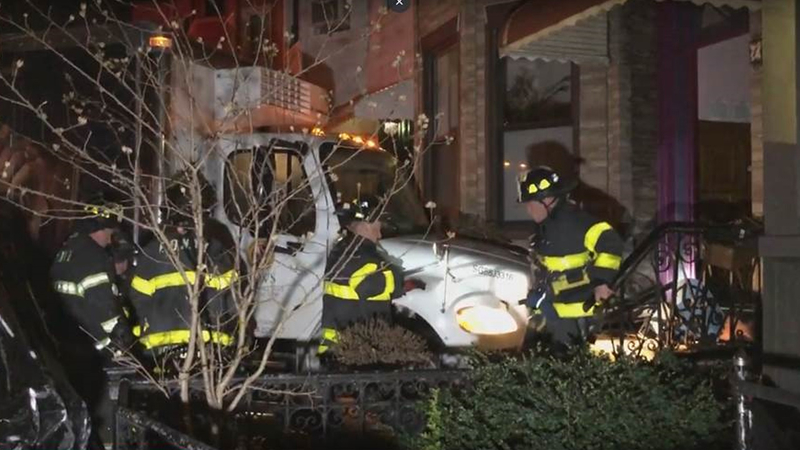 Truck crashes into parked cars, row of homes to avoid cat in Brooklyn

GREENPOINT, Brooklyn (WABC) -- A truck driver was apparently trying to avoid a cat when he lost control and hit several cars and the front of a row of homes in Brooklyn early Tuesday.

It happened after 3 a.m. on Russell Street in the Greenpoint section.

Fortunately, no one was injured. But residents got the shock of their lives.

"I lived in California, it kind of felt like there was an earthquake," homeowner Lorraine Kenny said.

Kenny went outside to find the truck it resting against her home after carving a path of destruction.

"It hit two cars," she said. "This car that is facing the opposite direction was facing the other way, so somehow it got strung around."

Another owner said his car was brand new, and there was also damage to his home.

"They took out the front stairs," he said.

Fire crews said that the Department of Buildings performed an inspection and found the home to be stable.

"You think of your house, you think maybe there could be a fire," Kenny said. "But you don't think a truck is going to run into your house, especially, we're in the middle of the block."

Neighbors say the truck shouldn't have even have been on their block, due to a sign that reads "No trucks except local deliveries."

The NYPD said the truck driver is likely to receive a summons.