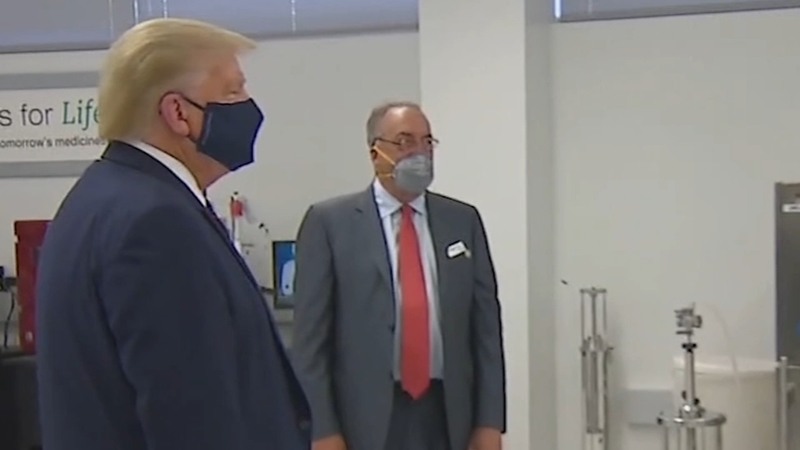 MORRISVILLE, N.C. -- As one of the many states with rising coronavirus cases, deaths and hospitalizations, North Carolina realizes the need for a COVID-19 vaccine.

Businesses in the Triangle are doing their part to fight the novel coronavirus and President Donald Trump is taking notice.

Trump is set to tour the FUJIFILM Diosynth Biotechnologies' Innovation Center in Morrisville on Monday afternoon.

The president arrived at the Raleigh-Durham International Airport around 3 p.m.

"We're here, actually, today to discuss the exciting progress that we've achieved under the Operation Warp Speed, our historic initiative to develop tests, manufacture and deliver a vaccine in record time," Trump said during a news briefing when he arrived at FUJIFILM. "And that's what it is, in record time."

President Trump is set to visit the Triangle on Monday to monitor the local effort to develop a vaccine against COVID-19.

Employees at FUJIFILM are working on key elements of a potential vaccine, from the drug maker Novavax. Novavax was awarded $1.6 billion under Operation Warp Speed--the U.S. government's program to mass-produce an effective treatment.

President Trump will be required to wear a mask when he tours the facility with a small number of staff members. The building opened in 2016 and is three-stories and 62,000 square feet. The North Carolina facility employs 500 of the company's 2,500 total employees worldwide. 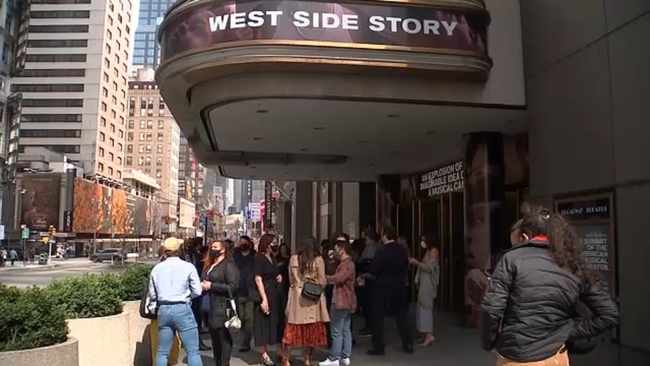 Will seniors need a COVID-19 booster shot in the fall?