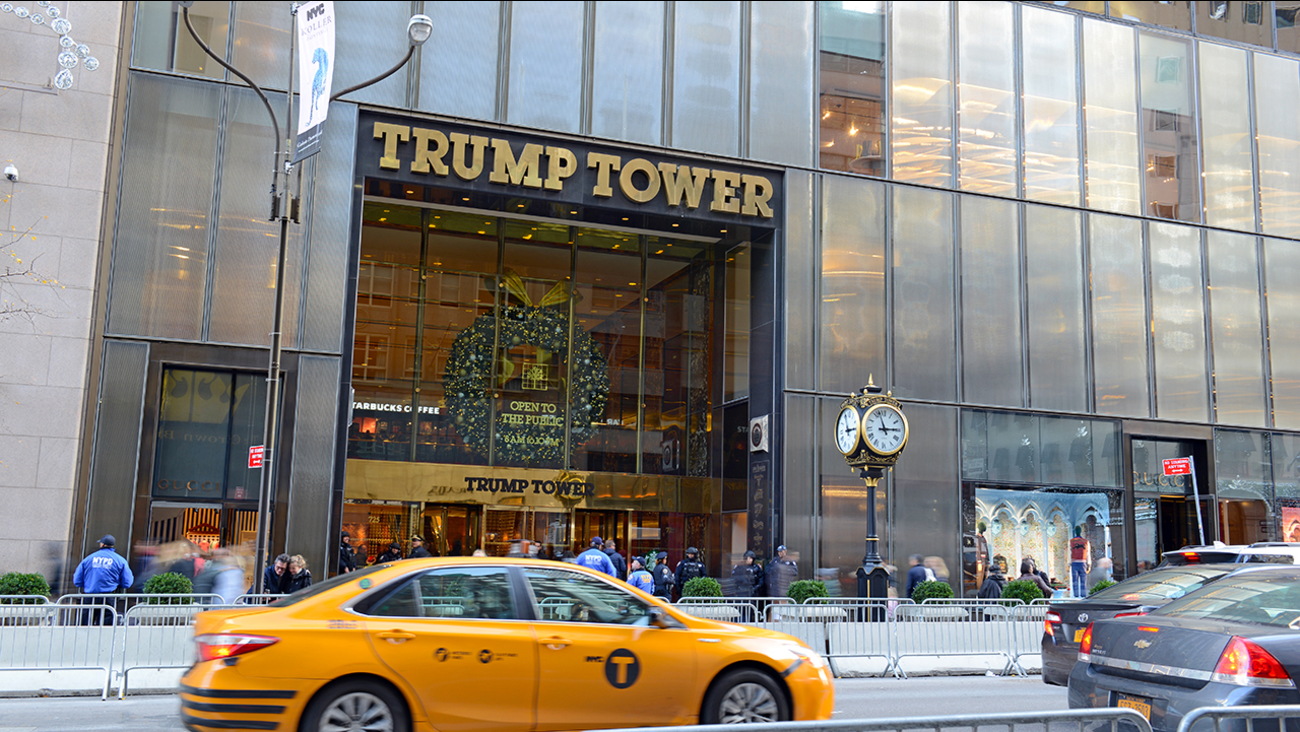 NEW YORK (WABC) -- What started out as a joke to rename Trump Tower's address to 725 President Barack H. Obama Avenue now has more than 300,000 signatures, but don't expect a name change any time soon.

The petition, posted on the left-leaning moveon.org, addresses New York City Mayor Bill de Blasio and the City Council, asking for the block of Fifth Avenue between 56th and 57th Streets to be renamed after the former president.

It asks that all addresses would be changed accordingly, meaning Trump Tower's new address would be 725 President Barack H. Obama Ave.

It points out that Los Angeles renamed a stretch of the 134 Freeway near Downtown L.A. in his honor.

The petition says the street should be renamed because of Obama's accomplishments, including "saving our nation from the Great Recession; serving two completely scandal-free terms in office; and taking out Osama bin Laden."

Elizabeth Rowin is the author of the petition. She told Newsweek, which first reported the story, that it started out as a joke last fall.

"I saw a comedian joke about how it would make Trump so mad if it was named after former President Obama and thought why not," she explained.

She says the petition will be delivered to New York City Mayor Bill de Blasio and New York City Council for their consideration, but it fails to meet one of the key guidelines for co-naming streets in the city.

Individual prospective honorees must be deceased for at least two years prior to consideration.

In addition, Community Board 5, where this block is located, has a moratorium on street renamings.

Midtown is area already beset by a "high level of street clutter," so in 2009, the board decided to put a moratorium on street renamings and created a form letter to answer anyone requesting one.

The board is only the first step in the street renaming process.

A spokesperson for Mayor de Blasio has this reaction: