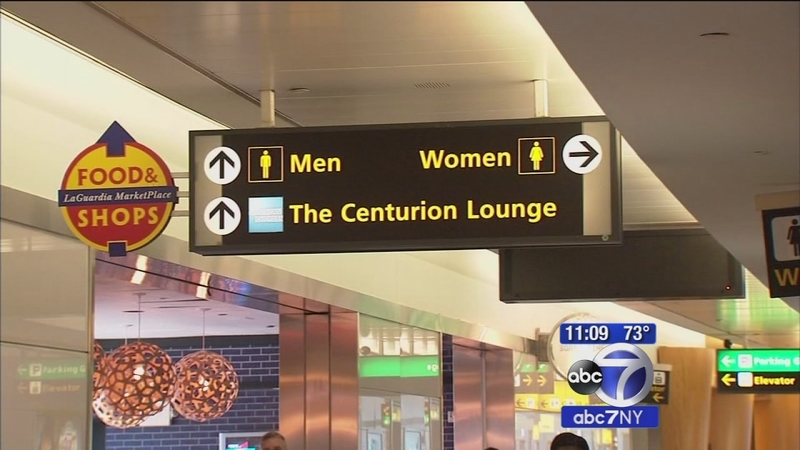 QUEENS, N.Y. (WABC) -- A TSA screener is accused of sexually assaulting a woman at LaGuardia Airport in New York City after telling her she needed to be searched in the bathroom.

The suspect did not post $3,000 bail and was moved to jail late Friday night.

Defense attorneys argued two witnesses said they saw another man, but prosecutors say the victim picked Maxie Oquendo out in a lineup.

The TSA screener is accused of using his job to lure a passenger into a bathroom at LaGuardia Airport under the guise that he needed to search her for weapons.

Court documents show the suspect allegedly said, "Hey, ma'am, I need to scan your body and your luggage."

She responded by saying, "You can't scan me, but you can have a woman scan me, because I am a girl."

The victim asked the 40-year-old TSA screener if he checked all passengers, and Oquendo allegedly said yes.

He then allegedly lifted up her shirt, unzipped her pants and fondled her.

Saying afterwards, "She's clear. She doesn't have any weapons or knives."

The 40-year-old suspect's mom says she knows her son and this just can't be true.

The TSA has terminated Oquendo. He'd been on the job for 13 years.

The TSA issued this statement Friday afternoon:
"TSA has terminated this individual. TSA holds its employees to the highest standards. As such, we expect our employees to conduct themselves with integrity, professionalism, and with respect for the public we serve. When our employees fail to meet these fundamental ethical standards, we will hold our personnel appropriately accountable. The vast majority of the TSA workforce serves with honor and integrity, and treats every passenger with dignity and respect. TSA is working in close partnership with the Port Authority Police Department in support of this investigation."

"The defendant is accused of an egregious abuse of his position as a government screener at LaGuardia Airport to sexually victimize a young woman," Brown said. "Such alleged conduct cannot, under any circumstances, go unpunished."

If convicted, Oquendo faces up to one year in jail.