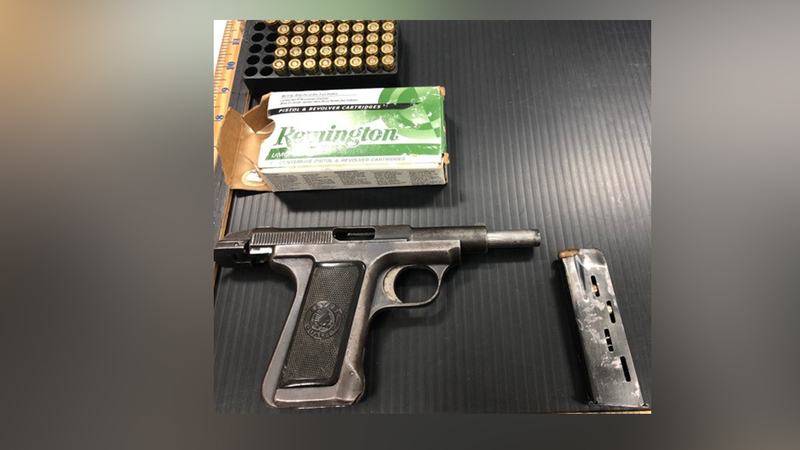 SYRACUSE, New York (WABC) -- Federal officials say a Florida man has been caught trying to go through security at an upstate New York airport with a loaded gun for the second time this month.

The man was arrested Wednesday at Syracuse Hancock International Airport after Transportation Security Administration officers spotted a loaded handgun in his carry-on bag. Officials say the same man was caught with a different loaded handgun on Nov. 6 at the airport in Ithaca.

Both times, he claimed he didn't know he had his gun with him.

He also was in possession of a box with 41 additional bullets in it.

Officials say TSA has authority to assess penalties up to $13,000 for weapons violations.

The man's name wasn't released by TSA or Syracuse police.

"It's absolutely inexcusable for someone to forget that they are bringing a loaded gun to an airport 21 days after being caught making the identical mistake at the Ithaca Airport," said Bart R. Johnson, TSA's Federal Security Director for Upstate New York. "Bringing a loaded handgun to a checkpoint that is congested with holiday travelers, families and children is both careless and reckless."

Nationwide last year, 4,239 firearms were discovered in carry-on bags at checkpoints across the country, averaging about 11.6 firearms per day, approximately a 7% increase nationally in firearm discoveries from the total of 3,957 detected in 2017, the TSA said.

Even travelers with concealed firearm permits are not allowed to bring guns onto airplanes in their carry-on bags.