Watch the Diane Sawyer special event, 'Escape From A House Of Horror,' on Friday, Nov. 19 at 9 p.m. ET on ABC.

Jennifer and Jordan Turpin describe, in an exclusive interview with Diane Sawyer, when they realized for the first time that their imprisonment by their parents was over.

PERRIS, Calif. -- After enduring more than a decade of horrific abuse and captivity, Jennifer Turpin and her 12 siblings had just watched California sheriff's deputies take their parents away in handcuffs.

The frail and malnourished Turpin children were now in a hospital, where they received food, clean clothes, medical treatment, kindness from strangers -- things the siblings rarely, or in some cases never, had before.

Looking around her hospital room that January morning, Jennifer Turpin realized for the first time they were finally free, and she danced.

"Music was playing, I got up," Jennifer Turpin, now 33, told ABC News' Diane Sawyer in an exclusive interview. "I made sure there was a little bit of a floor cleared out and I danced."

Watch the Diane Sawyer special event, "Escape From A House Of Horror," on Friday, Nov. 19 at 9 p.m. ET on ABC and stream on Hulu.

Jennifer Turpin, and one of her sisters, Jordan Turpin, are telling their story for the first time in an exclusive interview with Sawyer. They are the first of the 13 Turpin children to share their stories. In their interview, the Turpin daughters described years of their parents, David and Louise Turpin, abusing them and their siblings, some of whom were shackled to beds for months at a time, and being deprived of food, hygiene, education and health care.

It was Jordan Turpin who managed to escape on Jan. 14, 2018, and call 911, freeing herself and her siblings from the family's house of horrors in Perris, California.

"I knew I would die if I got caught," said Jordan Turpin, now 21. "I think it was us coming so close to death so many times. If something happened to me, at least I died trying."

David and Louise Turpin are now in prison. They pleaded guilty to charges including torture and false imprisonment. In 2019, they were sentenced to 25 years to life.

When the abuse started

When Jennifer, the eldest Turpin child, was an infant, she said she and her parents lived in a nice neighborhood in Fort Worth, Texas. Her father worked as an electrical engineer and her mother was a homemaker. Both were originally from West Virginia and grew up as devout members of the same conservative pentecostal church.

Their new house eventually became filthy, Jennifer Turpin said, covered in mold, dirt and trash. The mother she used to adore started having violent mood swings when she was still very little, she said.

Jennifer Turpin said she attended public school from first through third grade, but then her parents took her out. During that time, she said she was sent to school unwashed, often wearing the same dirty clothes over and over. The other students "didn't want to be my friend," she said.

"They called me skinny bones and acted like they didn't want to be around me," she said. "I probably smelled. But I didn't realize at the time I smelled, but that stench clings to you... because we would literally live in houses piled with trash."

By 1999, Jennifer Turpin said they had moved to an isolated home in Rio Vista, Texas. As more children were born, Jennifer said neglect from their parents turned into physical abuse, and they would use parts of the Bible to explain their behavior.

"They loved to point out things in Deuteronomy, saying that, 'We have the right to do this to you.' ... that they had the right to even kill us if we didn't listen," she said.

According to the sisters, their parents would abuse them for even the most minor things. If a child colored outside of the lines, Jennifer Turpin said their mother might pull their hair or throw them across the room. One time, Jennifer said one of her siblings was caught in their mother's bedroom, and their mother threw her and then pushed the child down the stairs.

Her father, she said, used belts and sticks to whip the children until they bled. Jennifer recalled one moment when she said her father picked her up, feet off the floor, and slammed her into a wall.

Every day, she said, she woke up in terror.

'There was a lot of starving'

In 2007, when Jennifer Turpin was about 18 years old, she said their parents moved 10 children into a trailer deeper into their Texas property and further from sight. Then they took their two youngest babies and drove away.

Jennifer said they would stop by once a week to drop off groceries, but it was never enough food to feed everyone, and sometimes they would skip a week.

"I would try to stretch it out and make sure that we at least had stuff to eat each day of the week," she said.

Her sister Jordan Turpin was just 6 years old at the time.

"There was a lot of starving," she said. "I would have to figure out how to eat. I would either eat ketchup or mustard or ice."

Jennifer Turpin said their parents left the older siblings with a flip phone so they could receive their "instructions." One of which, according to Jennifer, was to put any rebellious children into cages, some of which were dog kennels with locks.

"You're torn, you don't know what to do," she said. "I was on the brink of suicide. I wanted to just end it all. All of my pain, everything."

Jennifer Turpin said one day she ran away, and got a ride into a town. There she attempted to find an apartment and a job, but with her limited education, she said she struggled to fill out an application. She said she worried about her siblings, and after one night away, she returned to her family.

In 2010, the family moved to California. David Turpin worked as an engineer for Northrop Grumman. Louise Turpin seemed to rack up huge credit card debts, according to bankruptcy documents. Jennifer and Jordan Turpin said their mother would buy children's clothes, games and toys, but hoard them. Jennifer said she would never let the children touch them.

Jennifer Turpin said for years she and her siblings only ate once a day, primarily peanut butter sandwiches, bologna, a frozen burrito or chips, while their parents ate fast food and other full meals.

The Turpins filed documents saying they were homeschooling their children but Jennifer and Jordan Turpin said that wasn't the case. Instead, they said their mother would coach each of the children to remember what grade they were supposed to be in, based on their ages, and they secretly tried to teach each other what they could.

When their parents were out of the house, Jennifer Turpin said she and her siblings would sometimes secretly watch movies or listen to music. Around 2015, Jordan Turpin said she got a hold of an old smartphone and discovered Justin Bieber's music videos.

"I don't know where we would be if we didn't watch Justin Bieber," Jordan Turpin said. "I started realizing that there is a different whole world out there... I wanted to experience that."

The smartphone became Jordan Turpin's first window into the outside world. She said she watched Bieber's interviews, movies and used it to make videos of her singing her own songs to post on social media. One day, she said someone commented on one of her posts to ask why she was always inside and awake at night.

"I did tell him that I didn't really go to school, and I wasn't allowed to go in the backyard or front yard and that I'm always kept inside, and I told him how we eat and how we're not allowed to get out of bed," she said. "He was like, 'This isn't right, you should call the cops' ... I was so happy to hear him say that because I was like, 'I was right. I was right that this situation is bad.'"

One day, a sibling in the house told Lousie Turpin that Jordan was watching a Bieber video. Jordan said her mother came at her and began choking her.

"I thought I was going to die that day," she said. "After that whole day happened, I kept having nightmares that... she was going to kill me."

After that incident, Jordan Turpin began to secretly and slowly plan her escape.

By 2018, David and Louise Turpin had moved to chaining some of their children to their bunk beds, sometimes for months at a time, according to investigators.

Jordan Turpin said she was in a room where two of her little sisters had been chained to their beds for as long as four months. Seeing them in agony, she decided she was going to escape to get help.

"I was so scared that one of us was actually going to die," Jordan Turpin said.

Jordan Turpin said she worked on her escape plan for about two years.

From watching television shows, Jordan Turpin knew she needed proof of the abuse. So when she got ahold of her older brother's deactivated cell phone, she asked her chained sisters if she could take their photos to use as proof. They agreed.

On Jan. 14, 2018, the sisters said they knew the time to escape was running out when she and Jennifer Turpin heard her mother scream at them that the family was about to move to Oklahoma.

"The very next day we were moving. It was literally now or never," Jennifer Turpin said.

Jordan Turpin managed to slip out of a window, run to the street and call 911. Less than two hours later, their parents were arrested.

When rescued, all of the children except for the youngest, a toddler, were severely malnourished, prosecutors said.

An 11-year-old child was so malnourished that her arm circumference was the equivalent of a 4-and-a-half month old baby, investigators said.

Jordan Turpin said she hadn't been to a doctor in five years, she said, and had never been to a dentist in her life.

After being in the hospital, Jordan said the first place she went to was a park with two of her sisters.

"I was so excited because I could smell the grass," she said. "I was like, 'How could heaven be better than this? ... Oh my gosh, this is so free, this is life.'"

Both Jordan and Jennifer Turpin declined to discuss their other siblings, wanting to protect their privacy and making it clear they were only sharing their own experiences. They shared that the siblings see each other often and relish these moments.

"It feels at home, being with all of us," Jordan Turpin said. "Every time we're together, it's a very special moment, because we always know at the end of the day, we're always gonna have each other."

Jordan Turpin received her high school diploma in one year. Her favorite subjects were government, English and math. She is now taking college classes.

Jennifer Turpin is working at a local restaurant and is writing Christian pop music she hopes to share with the world. She also dreams of being a published author.

"I'm so thankful just to walk... [to] take an hour-long walk with my music," she said. "These little things I think... are things that people take for granted." 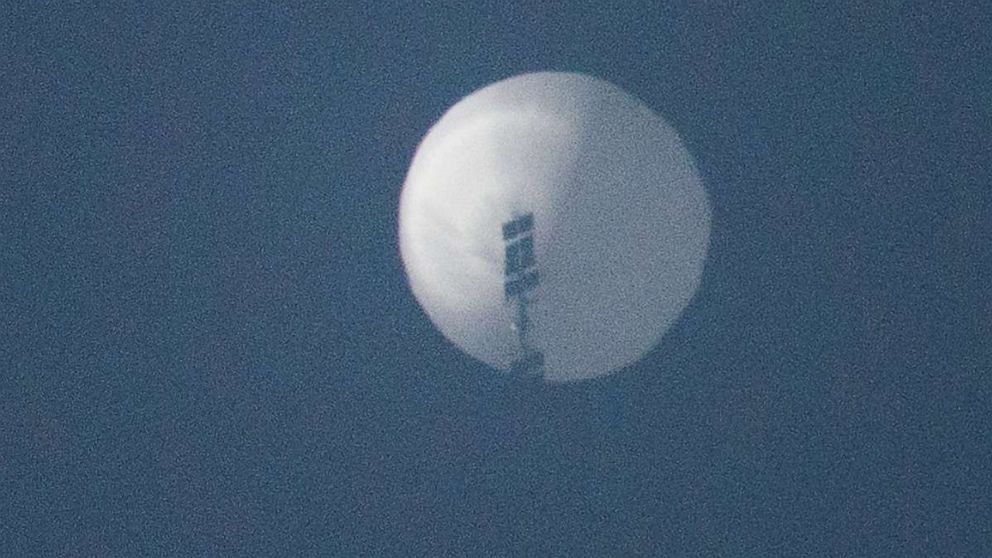 Large Chinese spy balloon spotted over the US, officials say 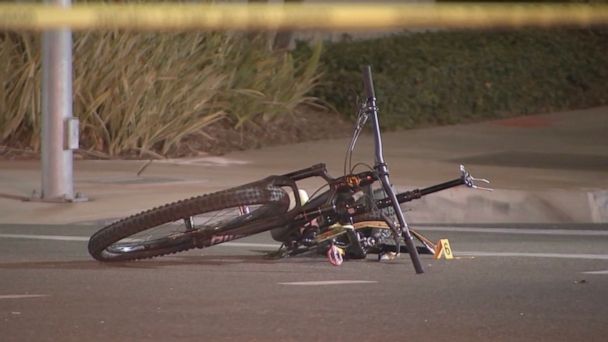 Cyclist dies after being hit by car and stabbed by driver, authorit...

Confidence in police practices drops to a new low: POLL 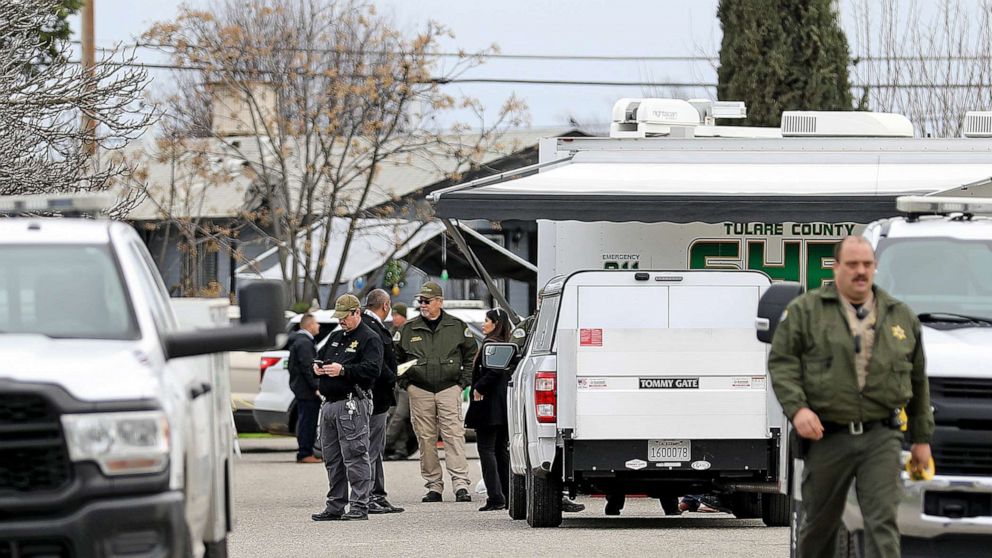 Arrests made after 6 killed execution-style, including baby