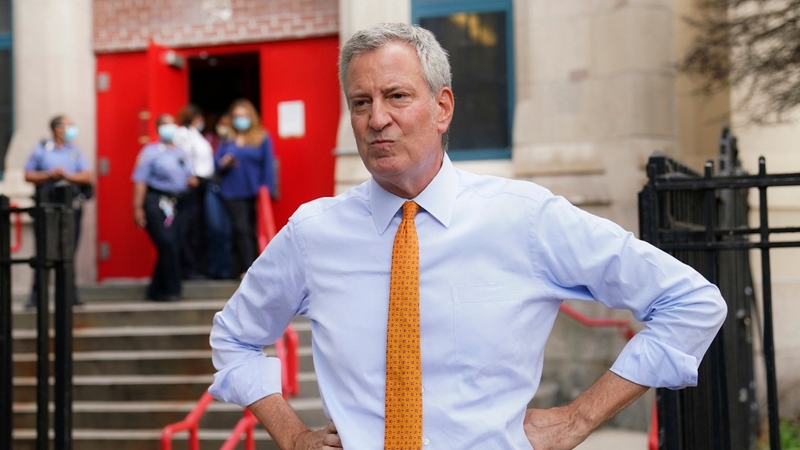 The arbitrator ordered the city to pay half of the amount owed now and the other half in 2021.

NJ Burkett has more on the rules and restrictions in New York City COVID cluster hot spots, which take effect on Thursday.

The deferred wages are the result of a decision made by former Mayor Mike Bloomberg, in a previous fiscal downturn in 2009 and 2010 to withhold from teachers a wage increase that had been granted to other municipal workers.

After Mayor Bill de Blasio took office, an agreement was reached to pay the deferred amounts in a series of lump sums over six years.

The final lump-sum payment - worth an estimated total of $900 million, had been scheduled for October of this year.

Under the arbitrator's decision, half the total amount will be paid to an estimated 90,000 active and retired UFT members before the end of the month.

The balance will be paid in July 2021.
"This is far from a perfect solution for thousands of our members who are still owed deferred wages that can go back as far as ten years," UFT President Michael Mulgrew said. "The decision recognizes the city's difficult financial circumstances because of the coronavirus pandemic, but makes it clear that the city must find a way to meet its financial obligations to its educators."

The robo call targeted Governor Cuomo and asked people in the Orthodox community to make flags against him.

The decision also orders the city to make a no-layoff pledge to UFT members for the rest of the current school year, and also secures teachers' 3% wage increase on May 14, 2021.

In addition to the no-layoff pledge for the remainder of this school year, the decision orders the city to extend that pledge to the following school year, subject to certain provisions of a federal stimulus package.

The decision from Arbitrator Martin Scheinman came after a four-hour hearing involving the UFT and city officials.