The Union Fire Company has a recruitment event Tuesday, March 29 at 6 p.m.
WPVI
By Beccah Hendrickson and 6abc Digital Staff 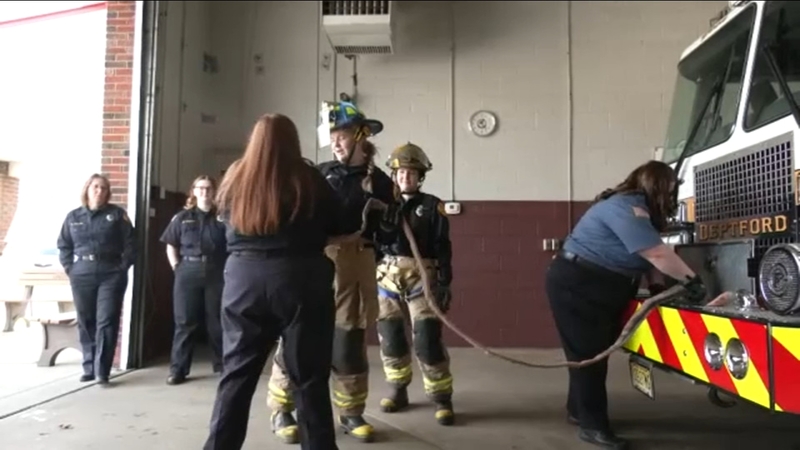 DEPTFORD TOWNSHIP, New Jersey -- A South Jersey fire company made history Saturday after every crew member on call for a shift was a woman.

According to the volunteers at Union Fire Company, a branch of the Deptford Fire Department, having several females on call at once is normal.

"It's for everybody. You don't need to be a male to do this field. Everyone's welcome," said Lt. Jennifer Smith, who has volunteered with the company since she was a teenager.

There are 10 women in this one company, making up about a quarter of the staff.

"It made it welcoming to be here because it was our family here, and it just grew from here that we're welcoming all the members that come in," she said.

Several of the women became firefighters because it's what their dads did, and they wanted to be part of the family business.

As they look ahead to the next generation, they hope that narrative flips and girls join because of their moms.

"It's been in the family for a long time. We all love doing it for sure," said Megan Thelen, a firefighter.

Her dad and mom are firefighters with Union Fire Company too. Thelen started volunteering when she was 15.

"At first, I was like, 'I don't really know if this is going to be for me.' And I ended up loving it," Thelen said. "It definitely became something I'm really passionate about."

Thelen adds she hopes to be an inspiration for other women too.

The fire company has a recruitment event Tuesday, March 29 at 6 p.m.