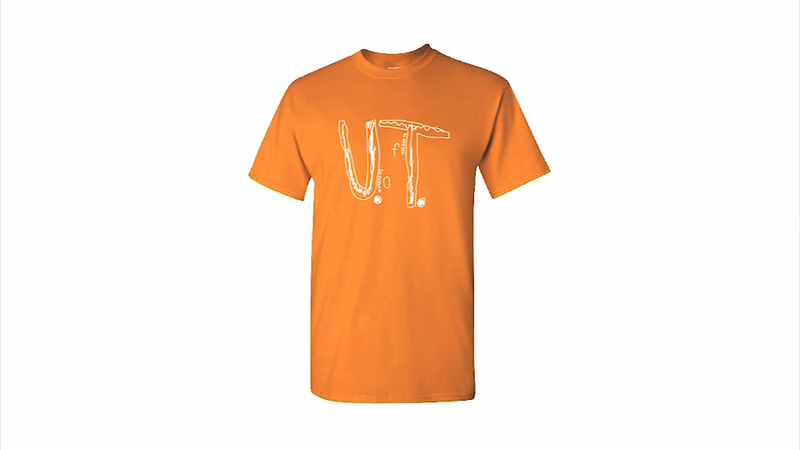 A Florida boy who was bullied and laughed at for his homemade T-shirt representing the University of Tennessee Volunteers at his elementary school's college colors day has not only had his design made official by the university - but the demand for the product is so high that it crashed the school's website.

It all started when Laura Snyder, the unnamed boy's teacher at Altamonte Elementary School in Altamonte Springs, Florida, posted the story about the Tennessee-obsessed student.

"This particular child came to me and told me that he wanted to wear a University of Tennessee shirt, but he didn't have one. We discussed that he could wear an orange shirt to show his spirit. He told me every day leading up to it that he had an orange shirt that he was going to wear", Snyder said in her post.

When the day finally came the boy showed up to school wearing his orange shirt with a piece of paper attached to it with his homemade design of the University of Tennessee logo drawn on.

But when the boy went to lunch, things apparently took a turn for the worse.

"After lunch, he came back to my room, put his head on on (sic) his desk and was crying. Some girls at the lunch table next to his (who didn't even participate in college colors day) had made fun of his sign that he had attached to his shirt. He was DEVASTATED," according to his teacher.

Taking things into her own hands, Snyder then took to the internet to see if she had any connections to the University of Tennessee to help make the shirt she planned to get him "a little extra special."

The post almost immediately went viral among Vols fans and, before Snyder knew it, she was contacted by the University of Tennessee informing her that they wanted to send him and the rest of his classmates a care package in support of her student.

"I don't even know where to begin. I am so incredibly amazed at the outpouring of love and support for my student!! So many people have reached out over the last 24 hours and I have truly lost track," Snyder said in an updated post. Because of this, my student will be receiving an awesome care package from the University of Tennessee tomorrow morning! I'm so excited to share this with him (he doesn't know about any of this yet)!!"

When the care package finally came, Snyder said it was a truly unifying experience for her school.

"My student was so amazed at all the goodies in the box. He proudly put on the jersey and one of the many hats in the box. All who saw had either goosebumps (sic) or tears while we explained that he had inspired and touched the lives of so many people ... My student got to pass out UT swag to his classmates. They were ecstatic!! They immediately put on the bracelets and asked if they could fill up the water bottles. Then they went to our class sink and soaked the cooling towels to put around their necks. My students even enjoyed using their new pens to complete their writing quiz," described Snyder.

The story, however, does not end here.

The University of Tennessee decided that they would take the boy's design and make it an official school shirt with a portion of the proceeds being donated to STOMP Out Bullying, a national non-profit organization that is dedicated to eradicating bullying of all forms.

The shirt design became so popular that the University of Tennessee's online store crashed yesterday.

"Thank you Vol Nation! Currently, our website has crashed due to the overwhelming support," the online store tweeted. "We are working on the problem. Once the server restarts, we anticipate the issue to be resolved. #GoVols #EverywhereUT."

Snyder couldn't believe it herself.

"When I told (my student) that his design was being made into a real shirt and people wanted to wear it, his jaw dropped," Snyder said in her latest update. "He had a big smile on his face, walked taller, and I could tell his confidence grew today! Thank you to the UT Nation for that!!"

The University of Tennessee's interim president even tweeted about how touched he was by witnessing this whole experience take place.

After all of the events of last week, Snyder made another important update in the ongoing story: a thank you letter from the boy's mother detailing just how grateful she was for the whole experience and how what happened will never be forgotten.

"I can tell you that I spent a lot of my day reading all the kind words in support of my son and am touched beyond words," his mother said.

She continued, "I am overwhelmed by the love I feel from this extended community and the pride I feel for my son and for being a VFL. Every comment, item sent, and action taken on behalf of my son will never be forgotten and hopefully will serve as inspiration for him throughout his life."
Report a correction or typo
Related topics:
societychildrenbullyingclothingcollegeu.s. & world
Copyright © 2021 ABC News Internet Ventures.
BULLYING
National Block it Out Day aims to combat cyberbullying
Amazon hires investigators to probe work culture
Autopsy: Boy who died after alleged punch passed from natural causes
Boy who was fatally punched had been bullied, family says
TOP STORIES
Parents outraged over fights involving guns at NYC high school
Judge grants hearing to reconsider NYC's mandate for municipal workers
New NYPD data shows hate crimes on the rise in NYC
How to get your money back if you fall for Zelle/bank scam
AccuWeather: Sharply colder; some snow possible tomorrow
Residents speak out after wind causes building to collapse in NJ
Major outage hits Amazon Web Services; many sites affected
Show More
Tuesday's sunset was earliest of the year, not on Winter Solstice
Surgeon General warns about youth mental health crisis amid pandemic
The Countdown: Stakes high during Biden, Putin meeting
Intrepid museum pays tribute to local Pearl Harbor survivors
50 mutations in omicron could be its downfall, data shows
More TOP STORIES News