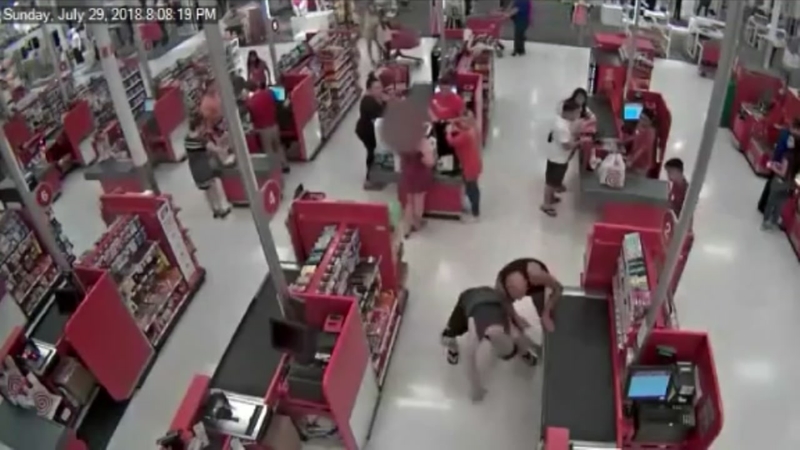 CYPRESS, California -- A man suspected of taking up-skirt photos of women at a Target store has been arrested, thanks to the help of an alert bystander.

When a dad noticed a man approaching his 15-year-old daughter with a cellphone pointed up in the direction of her skirt, he blocked him from getting closer to her.

But minutes later as Ismael Duarte and his family stood in line, he saw the bald man in a tank top strike again -- this time bending down and apparently recording video up another woman's skirt.

"We were coming over to the register and here he comes again, pops out following another girl with the dress," Duarte said.

Duarte kicked the cellphone away from Jorge Ibarra, 29.

Duarte and his wife ran after the man, snapping pictures of him and his license plate. That's all police needed to catch him.

Target security video shows Ibarra placing his cellphone on the ground near other women in the store the same night.

Police say earlier that day at another Target, Ibarra used his cellphone to inappropriately videotape and take pictures of women there as well.

Ibarra was arrested and charged with invasion of privacy.