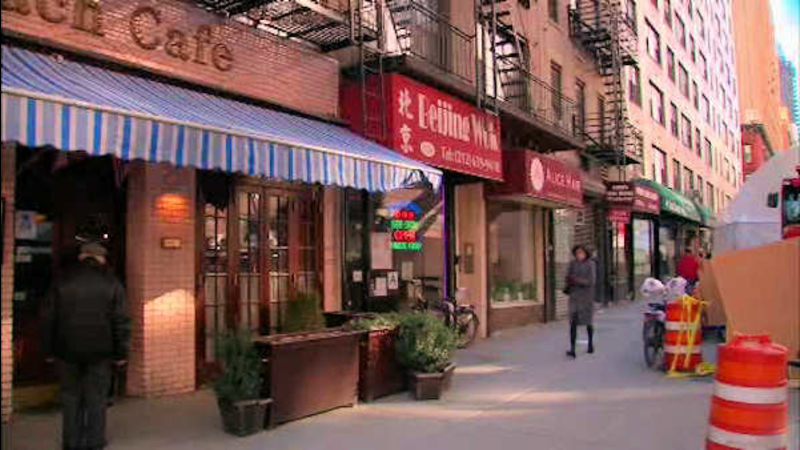 Businesses hope for a boost with Second Ave subway launch

UPPER EAST SIDE, Manhattan (WABC) -- Businesses on the Upper East Side are hoping to get a big boost once the Second Avenue Subway finally opens on New Year's Day. After years of being plagued by construction, many are hoping the benefits are worth the long wait.

"After years of construction, Second Avenue is ready to reap the benefits of this construction," Chamber of Commerce president Jessica Walker said.

With the work moves toward completion and the new trains on the Q line set to begin rolling January 1, there is new hope above ground for an economic resurgence.

"It is the economic gift that will keep on giving," Rep. Carolyn Maloney said. "And we are just now beginning to see the benefits."

The Beach Cafe was among those hit hard by the project, with business down 20 to 30 percent and 25 percent of the staff cut.

"We look at everything we do to see how we can keep the service and the quality up without losing our resources in the process," he said.

Some of those who lived along the project left their apartments, while others chose to stick out through the noise and dust. Now, new renters and buyers are expected to move into the area.

"For all the people living there, their values went up at least 20 to 25 percent, if not more," said Dottie Herman, chief executive of Douglas Elliman real estate. "Not so good for the people looking to buy, because you are not going to get any bargains."

The subway, from its three stations, is seen as the critical part of the system in cutting the commute to Midtown to 15 minutes.

"It's going to connect tens of thousands of people from the Upper East Side to jobs in Midtown," Regional Plan Association New York director Pierina Sanchez said.

Sammy Musovic, who owns three restaurants on Second Avenue and is president of the Second Avenue Merchants' Association, see this as an exciting time.

"I think this is going to be wonderful," he said. "I can't believe it is finally going to open, and it's going to be amazing for my businesses."