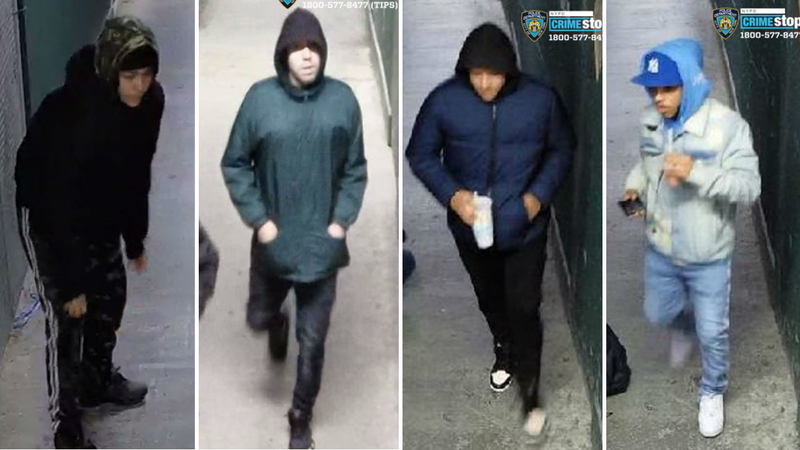 EXCLUSIVE:: Victim speaks out after violent Upper West Side attack

UPPER WEST SIDE, Manhattan (WABC) -- Police are now seeking a total of four people after a woman was violently attacked as she walked under scaffolding on the Upper West Side.

The attack happened just after 10 p.m. Thursday night near 68th Street and Amsterdam Avenue in a walkway under scaffolding at a construction site.

The punch was hard, and the woman, who did not want to be identified, said in an exclusive interview to Eyewitnesss News that she is bruised and in pain.

"I have fractures, three fractures on my face," said the 57-year-old.

Two suspects were caught on camera punching the 57-year-old woman in the head from behind while trying to rob her.


The victim fell to the ground, and police say they tried to snatch her purse, but she fought back and would not let go. The two suspects eventually fled empty-handed.

"It was so painful, I started screaming like crazy," she said, "They want to take my bag, but I held onto my bag because I could not give it to them."

The third and fourth suspects are both described as males in their 20s and the NYPD has released surveillance images of all four suspects.

"She fought back, which is a good thing, because I believe in self defense," said neigbor Victoria Davis.