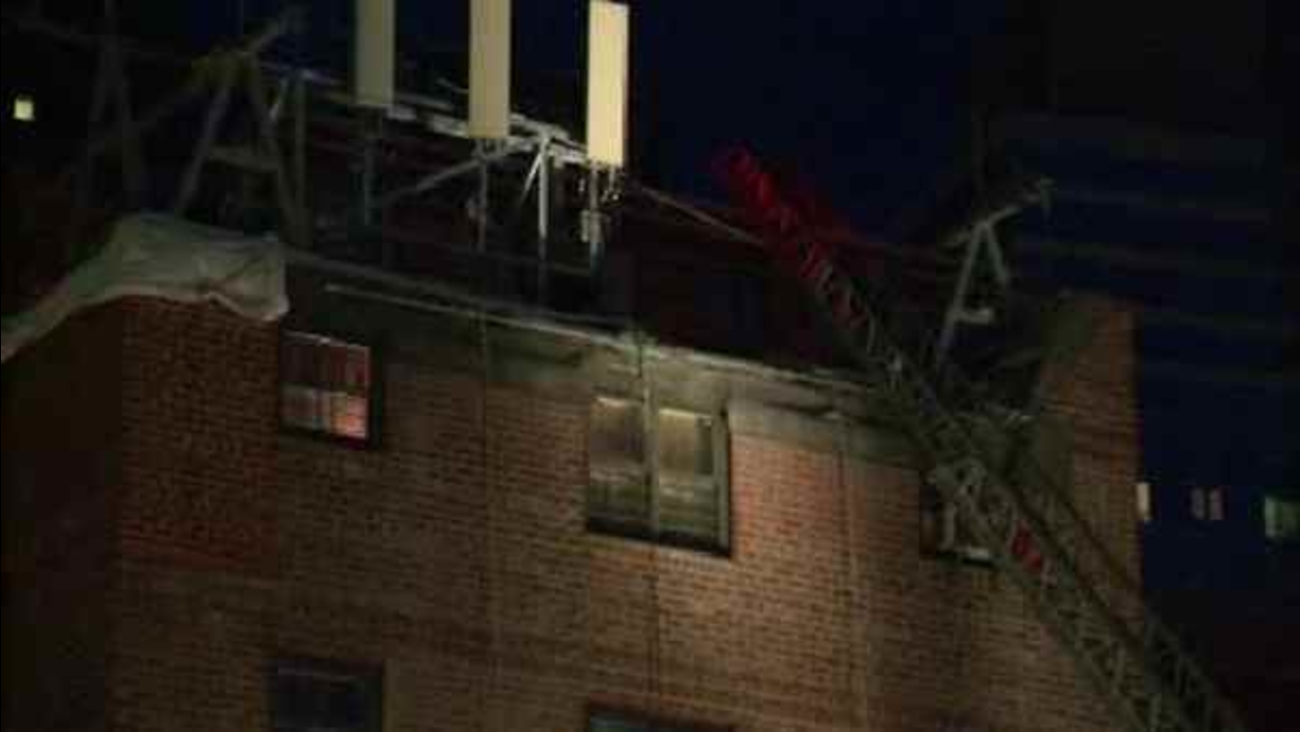 Four people were injured in a fire on the Upper West Side.

UPPER WEST SIDE, Manhattan (WABC) -- A family of four was hospitalized after being rescued from a fire on the Upper West Side Thursday morning.

FDNY fire marshals say the blaze broke out on the stovetop in the kitchen of the apartment on West 61st Street just after 5:30 a.m., trapping the family.

Video obtained exclusively by Eyewitness News shows firefighters from Ladder 25 rushing a boy to an ambulance.

He was the most seriously injured, but none of the injuries are believed to be life-threatening.

All four family members, a 41-year-old woman and her three children -- a 19-year-old girl, an 8-year-old boy and a 3-year-old girl -- were taken to New York-Presbyterian/Weill Cornell Medical Center to be treated for smoke inhalation and burns.

They are in serious but stable condition.

About 60 firefighters responded, including those from Ladder 35 Rescue 1 and Ladder 4.

The fire, which was quickly extinguished, is under investigation.