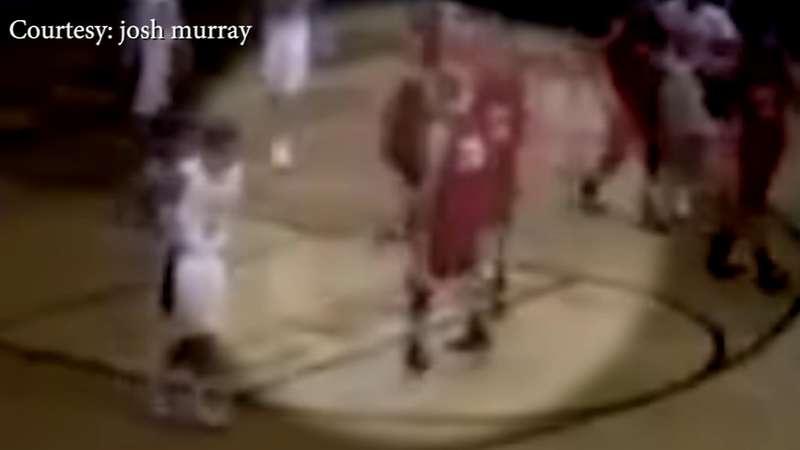 MISSOURI -- A high school basketball team in Missouri is under investigation for swapping out identical triplets for one another during their games.

Video from a championship game apparently shows one boy on the Dora High School team catch a rebound, bring out the ball to shoot it, and get fouled.

Then, as he's about to walk to the free-throw line, another player -- reportedly one of his brothers -- seems to reach out his hand to give him a high-five.

The player who was fouled and supposed to take the shot walks right by the teammate toward the bench.

The player who was not part of the original play -- and was not fouled -- seemingly lines up to take the shot instead.

No one noticed anything at the time, until they went to the tape.

The Springfield News-Leader reports the coach of the team is the triplet's father.

The team is now under review by Missouri's high school sports association.