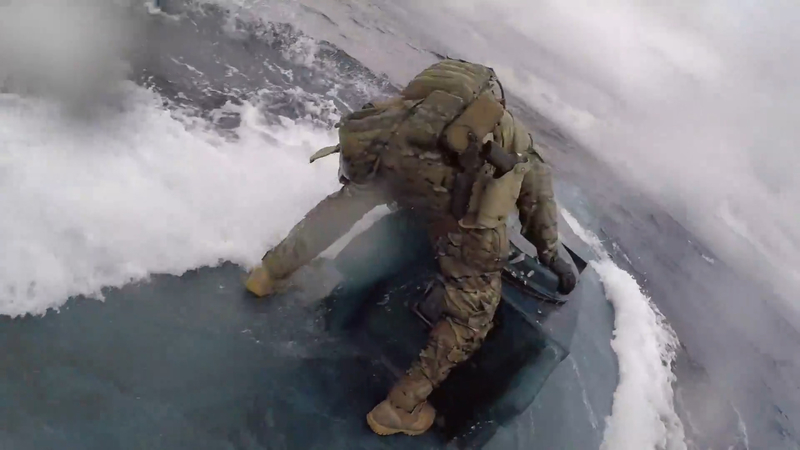 SAN DIEGO -- Newly released video shows the harrowing moment a Coast Guardsman hopped onto a moving submarine believed to be loaded with illegal drugs in the Eastern Pacific.

The footage was shot June 18 in international waters. Crew members from the U.S. Coast Guard Cutter Munro are seen jumping onto the suspected smuggling submersible, which had just barely surfaced. Ocean water lapping at his feet, one guardsman bangs on the hatch at the top of the submersible and attempts to tear it open.

It eventually opens, and a man inside of the vessel appears with his hands up and is presumably taken into custody after the clip ends. It's not immediately clear what, if any, charges that person will face.

The dramatic footage was released Thursday by the U.S. Coast Guard Pacific Area, which said that bust was part of a larger months-long operation that netted more than 39,000 pounds of cocaine and 933 pounds of marijuana from 14 different vessels. In total, the drugs were worth an estimated $569 million.