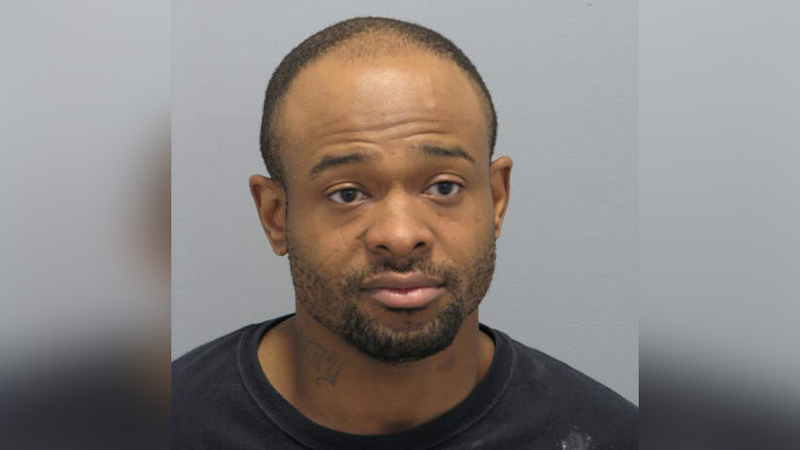 NORTH WOODMERE, Nassau County (WABC) -- A Long Island man is accused of acting as a fake landlord after renting out a vacant home.

Police say 32-year-old Vernon Glass entered the vacant residence on Rosedale Road in North Woodmere on April 1 before changing the locks and turning on the electrical system.

Glass then allegedly rented the home to three people and collected more than $9,000 rent while acting as the landlord.

He is charged with burglary, grand larceny, criminal mischief and scheme to defraud, but he claims it's all a big misunderstanding and that he's actually the victim.

Glass says he has a signed rental agreement to live at the home with his family, and that two of those relatives have been paying him rent. But he claims he only recently learned his agreement was with a phony landlord, which he became aware of when the real landlord discovered he was living there.

Prosecutors dispute Glass' claim, describing him as a con artist. The actual landlord had Glass arrested on Thursday, and authorities say he is also charged with breaking into another vacant home nearby back in March.

Glass pleaded not guilty, and his attorney says situations like this are more common than people would think, where those like his client are caught in the middle.

"We see this all the time," attorney Jason Russo said. "We have a lot of foreclosed properties, properties that aren't kept. People move in, they see that they are empty, they put an ad on Craigslist, Backpage. People answer the ads, they fix them up, they rent them out, they collect a couple of months rent, and then they move on. They just abandon it."

The real landlord of the property could not be reached for comment.

Glass has been released without posting bail, as the lawyers and prosecutors in this case try to sort it all out.