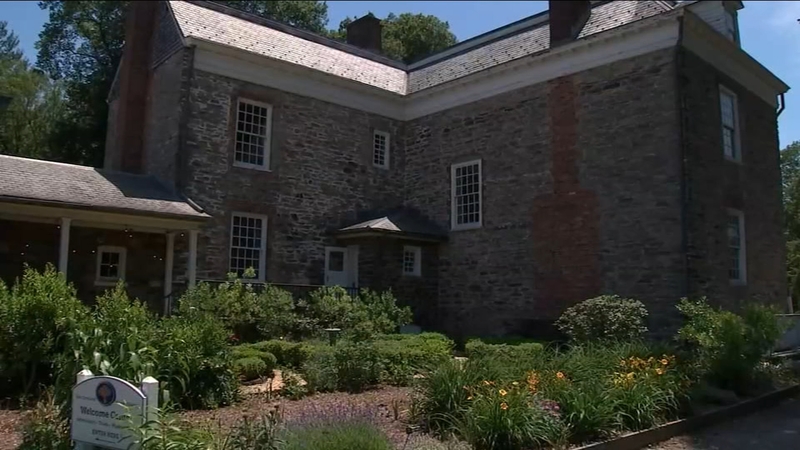 BRONX, New York (WABC) -- A formal ceremony is set to take place this Saturday for Juneteenth, to consecrate a sacred burial ground underneath a Bronx park.

"I think just in terms of being a northerner, we don't think of ourselves as part of the whole slave trade or slavery as an institution in this country. That is false, that's just incorrect," Van Cortlandt Park Administrator Stephanie Ehrlich said.

The 1,146 acres of paradise that is now Van Cordtlandt Park, wasn't always so.

"Previously, it was actually a plantation that was owned by the Van Cordtlandt family, that had enslaved persons that worked, built tons of features of the park that we enjoy today," Ehrlich said.

The enslaved African and Native Americans who were forced labor on this prosperous wheat plantation, are also buried here - in a small section of the park.

As Juneteenth approaches, Barack Obama says he trusts in a new generation fighting for equal rights.

The discovery came in 2019 after a USDA ground penetrating radar study found that coffins were underneath what was then a paved path.

There will be a formal ceremony Saturday, to consecrate this sacred ground.

"Working together with the park and I guess holding their feet to the fire, they worked very well with us and together we were able to get that path closed," said Jacki Fischer of the Enslaved People's Project.

The actual slave quarters can be found on the third floor of the Van Cordtlandt Museum.

The exhibit just opened in October of last year. The estimate is that there were slaves on the plantation for 150 years.

Candace McCowan reports from Harlem on the observance of Juneteenth.

"This was never known locally, and I've lived here for decades," Fischer said.

A curriculum with this history has been made available to local schools. The park hopes to raise money for a permanent marker for the burial ground.

"This is a moment, you know this is the moment where we should be acknowledging true history you know, there's no running away from it. So we need to do our part and make sure folks know what happened here," Ehrlich said.