VIDEO: Burger King manager told 'go back to Mexico' by customer in Florida 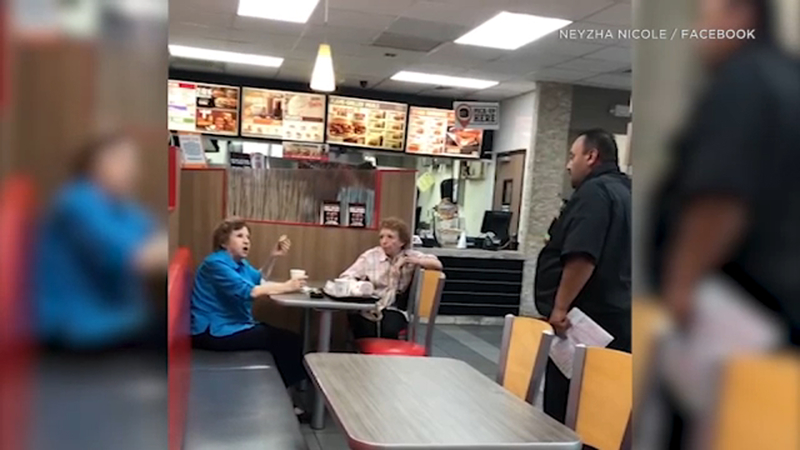 Video shows a manager of a Florida Burger King being told by a customer to "go back to Mexico" after he was heard speaking Spanish.

Restaurant manager Richard Castillo, who is of Puerto Rican descent, said he was speaking Spanish to a co-worker when two women started telling him to "go back to Mexico."

The incident happened in Eustis, Florida, north of Orlando, earlier this week, and has gone viral on social media.

"Go back to Mexico if you want to keep speaking Spanish, go back to your Mexican country," one of the customers told Castillo.

Castillo responded to the woman.

The woman said she would leave after she finished her meal, making Castillo to ask the two women to leave again or he would call police.

"People like you, so ignorant and disrespectful," Castillo told the pair.

The video was being recorded by another customer, who was there with her boyfriend.

The video ends with the two women leaving the restaurant.