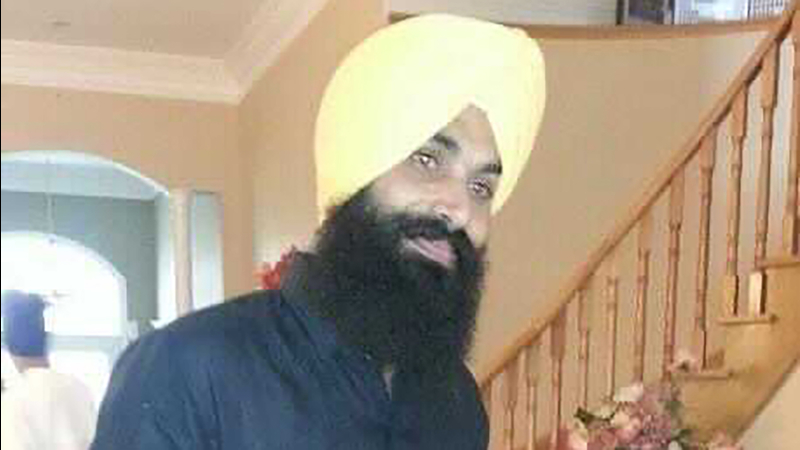 SAN JOSE, Calif. -- We're learning new details about the San Jose VTA mass shooting. Nine people were killed, the shooter is believed to have taken his own life, leaving the death count at 10.

Many of the victim's families learned around 6 p.m. Wednesday that their loved ones didn't make it.

Thirty-six-year-old Taptejdeep Singh was a light rail operator who was one of the shooter's nine victims. Singh was a husband and father of two.

In this first person account, we learned more about what may have led to the mass shooting in San Jose, and how the gunman chose his targets, leaving others to live.

"I called him and he don't pick up the phone," says Singh's uncle Sukhwant Dhillon.

Family members say that Singh's co-workers who escaped, told them he saved at least one person and tried to save others both by calling and physically helping them.

"One lady he put in the control room to hide over here you know. He can go there too actually, but he just saved her and went towards downstairs," says Taptejdeep's brother Bagga Singh.

Sadly it doesn't appear as though he made it downstairs. His family telling said he was killed in a stairwell.

Forty-year-old Michael Rudometkin was another victim killed. Rudometkin was a lifelong friend of San Jose District 3 Councilmember Raul Peralez, who ABC7 News in San Francisco spoke with early Wednesday before he learned that his friend had died.

"Every minute that goes by it's been more and more difficult. Something I've not been able to process just yet but it's been tough already," said Peralez.

San Jose Mayor Sam Liccardo spent much of the afternoon with family members of the victims. His tone was somber when he spoke to ABC7 News.

"These are not statistics, these are members of our community who gave a lot to our community." Mayor Liccardo went on to say, "I spoke with Vice President Harris she called me very early in the day to send her love and support."

The Singh family could be seen holding on to one another after they learned the news of Taptejdeep's death. Saying he was a good person who you could call anytime, someone who will be sorely missed.

Here's what we know about those killed after a gunman opened fire at a VTA railyard in San Jose.