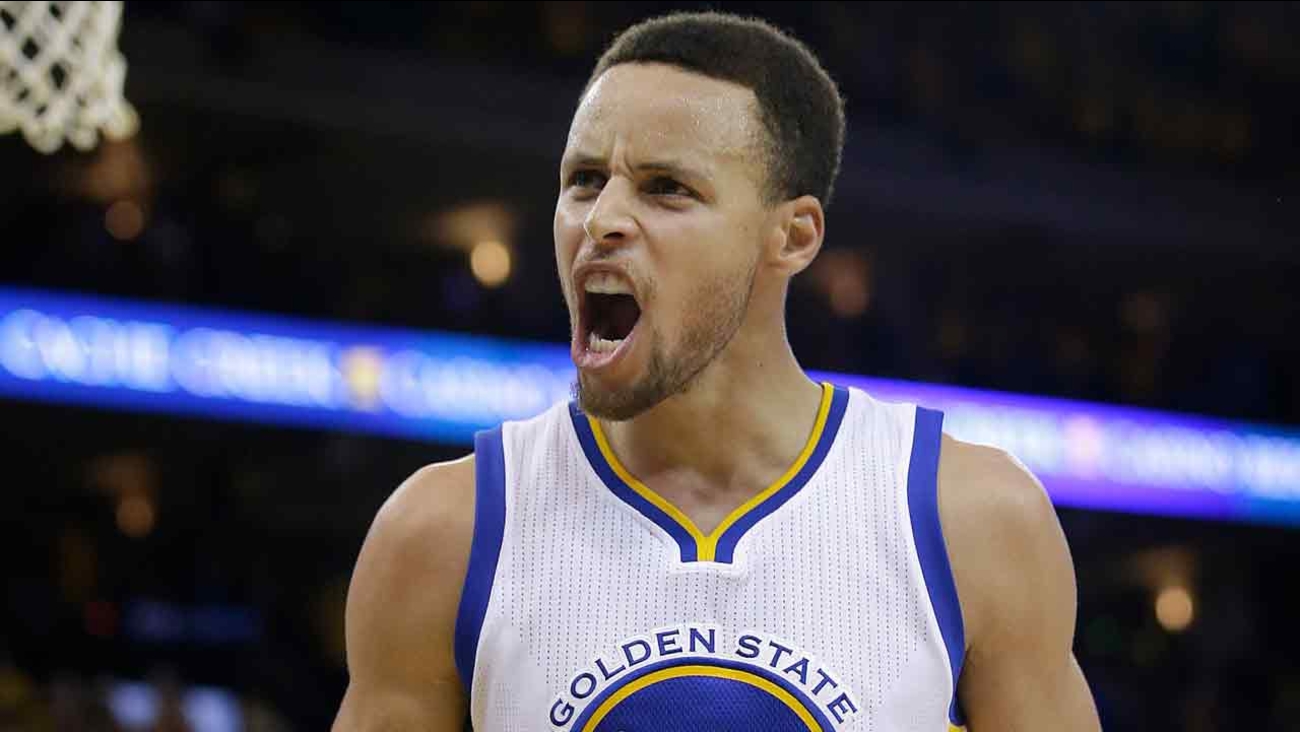 OAKLAND, Calif. -- A heart-to-heart was in order.

As the Golden State Warriors made the long, frustrating flight home from Oklahoma City last week suddenly facing elimination, Draymond Green gathered with a few fellow starters at a table in the front of the plane to discuss how to get the defending champions back to winning - and fast.

No other choice to avoid a premature end to this record-setting season.

"We just kept talking about what we needed to do and what we were going to do," Green said.

Somehow, six days later, the Warriors had won Game 7 with a third straight victory against the Thunder after falling behind 3-1 in the best-of-seven series. And they are headed back to the NBA Finals for a rematch with LeBron James and the Cleveland Cavaliers, the title defense still very much within reach. Game 1 is Thursday night on Golden State's Oracle Arena home floor.

"We never lost confidence, and every game just played with fearlessness and that confidence that we could get back to the Finals however we had to get it done," MVP Stephen Curry said after his 36-point performance in Monday night's 96-88 clincher of the Western Conference finals.

"I knew we were ready for the moment. We were a mature basketball team that tried our best not to listen to the noise outside when six, seven days ago, we're down 3-1, everybody thought the wheels were falling off and it was kind of the end of our run," Curry said. "But in that locker room, the talk was positive. It was, 'Let's figure this out, let's go out and take it one game at a time and claw our way back into the series and see what happens.' We followed that kind of mindset these last three games."

In the airplane sit-down, Klay Thompson was clear he could only focus as far ahead as winning Game 5 before shifting to think about how to win another one on the Thunder's court. Golden State's most steady player this postseason, he hit an NBA-postseason record 11 3-pointers for 41 points in a thrilling 108-101 Game 6 comeback, then another six on Monday night on the way to 21 points.

Even after two embarrassing, lopsided road losses at Oklahoma City that put the Warriors in a big hole, Green counted on them finding a way to come back. He believed it would happen, "Because once we figured something out, we can get it rolling."

Those two defeats were by 52 combined points.

"We were not just down 3-1, we had gotten blown out two straight games," coach Steve Kerr said. "So obviously everything started with Game 5, kind of rediscovering ourselves and our style. Then Game 6 was kind of magical. What Klay did that night, basically putting us on his shoulders and allowing us to have this opportunity tonight at home, it's a pretty remarkable comeback and it shows a lot about our guys and their will and their grit."

Green is the one who made it clear to Kerr the Warriors wanted to go for the regular-season wins record rather than resting down the stretch, and they topped the 1995-96 Chicago Bulls' 72-wins mark.

This time, the animated, emotional swingman helped Golden State become the 10th team to win a postseason series after falling behind 3-1, and it did it against Kevin Durant, Russell Westbrook and the powerful Thunder.

"I think everybody will look at 73 wins and say, 'Wow, this team never hit any adversity,' but there is adversity in every season. It all comes in different forms," said Green, who had 11 points, nine rebounds, four assists and two blocks. "But when you're talking down 3-1, and everything's on the line, that makes it 10 times worse. So it's definitely the biggest thing that this team has had to overcome, and it took a great, tremendous effort and fight to overcome it."

The Warriors now must figure out a way to pull off four more wins against James and the Cavs, who will be eager to change their fortunes following that 4-2 Finals defeat last June when Golden State captured its first championship in 40 years.

Kerr made the spot-on decision to move Andre Iguodala into the starting lineup for Game 7 to defend Durant, just as the Coach of the Year did during the NBA Finals last year when Iguodala earned Finals MVP honors.

"To have our back against the wall and do it three straight games is tough," Iguodala said. "I'll probably forget about it tomorrow morning because we really want to get another one. But it was good for us to have to battle like that. Hopefully it carries over and we can continue with that intensity we've had the last three games."