Man carjacked, shot in head by men on dirt bikes on Washington Bridge 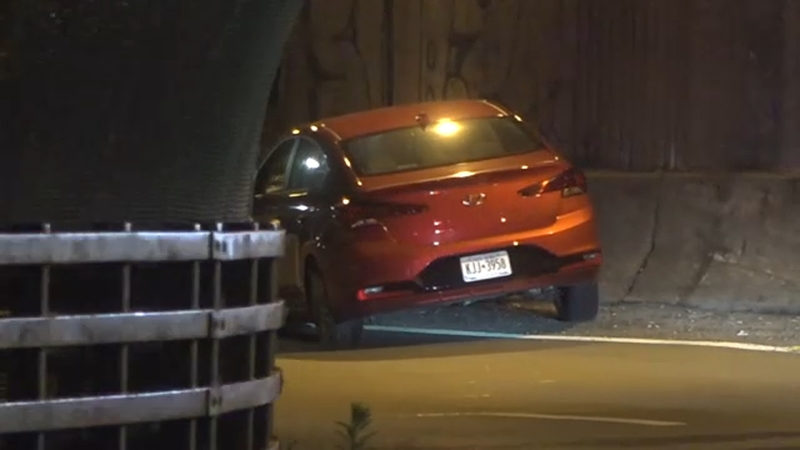 WASHINGTON HEIGHTS, Manhattan (WABC) -- A man was carjacked by men on dirt bikes and shot on the Washington Bridge in Manhattan early Wednesday morning.

It happened at 12:15 a.m. and the bridge had to be closed from Washington Heights going into the Bronx at 181st Street.

Eyewitness News obtained video of the stolen car, which was found nearby on the Cross Bronx Expressway at University Avenue.

Police say men on dirt bikes rode up beside the red 2020 Hyundai and ordered the 45-year-old driver to stop at gunpoint.

The gunman used a .22-caliber pistol and shot the driver four times in the head and face.

Then, the gunmen removed his unconscious body and stole the car, crashing it on the highway a short time later. Five .22-caliber shell casings were recovered.

Amazingly, the driver is expected to survive. He was taken to Lincoln Hospital in serious but stable condition.

It's another example of escalating violence in New York City.

"Those people who keep coming out and continuing to do this violence, bail reform should not apply to them, if they're going to abuse it," said Darcel Clark, Bronx District Attorney. "And if it means to stop them from causing the violence that they have to be incarcerated while they're waiting for their day in court, then so be it. But something has to give here."
Police are also investigating another shooting at 41st and 7th Avenue in Midtown.

It happened just after midnight and again involved dirt bikes which got into an accident with a white BMW.

A dispute ensued, and multiple shots were fired, possibly from the sedan.

There were no reports of any injuries in that incident.

Candace McCowan reports on the crash from the Mott Haven section.