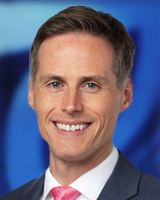 Josh Einiger reports on the mass transit problems caused by the storms.

The storms brought damaging wind, heavy rain, and hail, especially north and west of the city where they were the strongest. Hurricane-force winds of 65 to 78 mph were reported in the Hudson Valley. 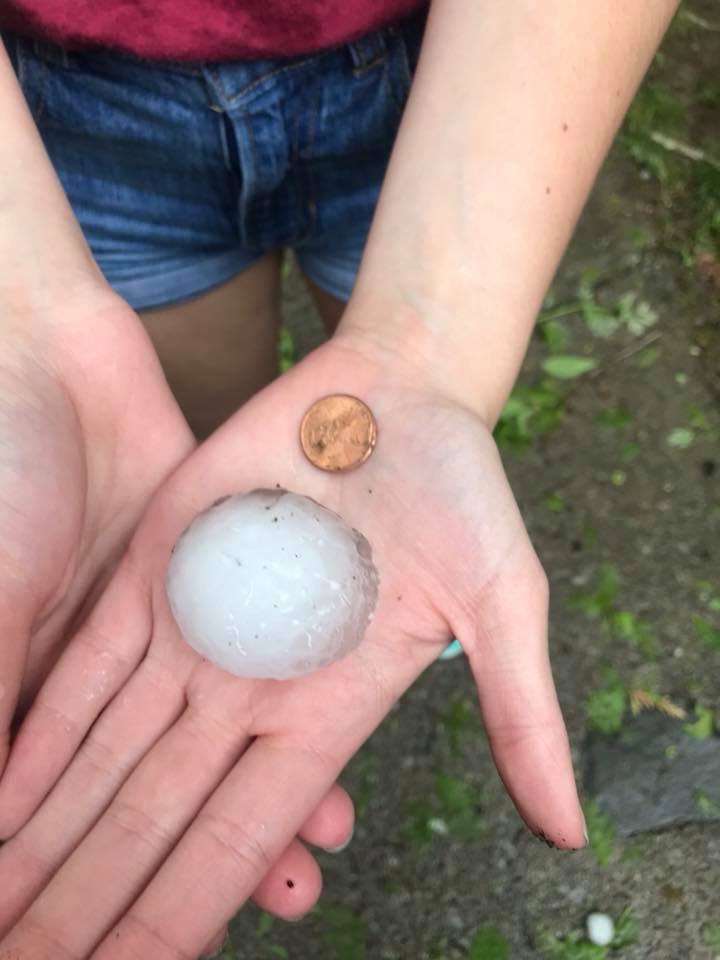 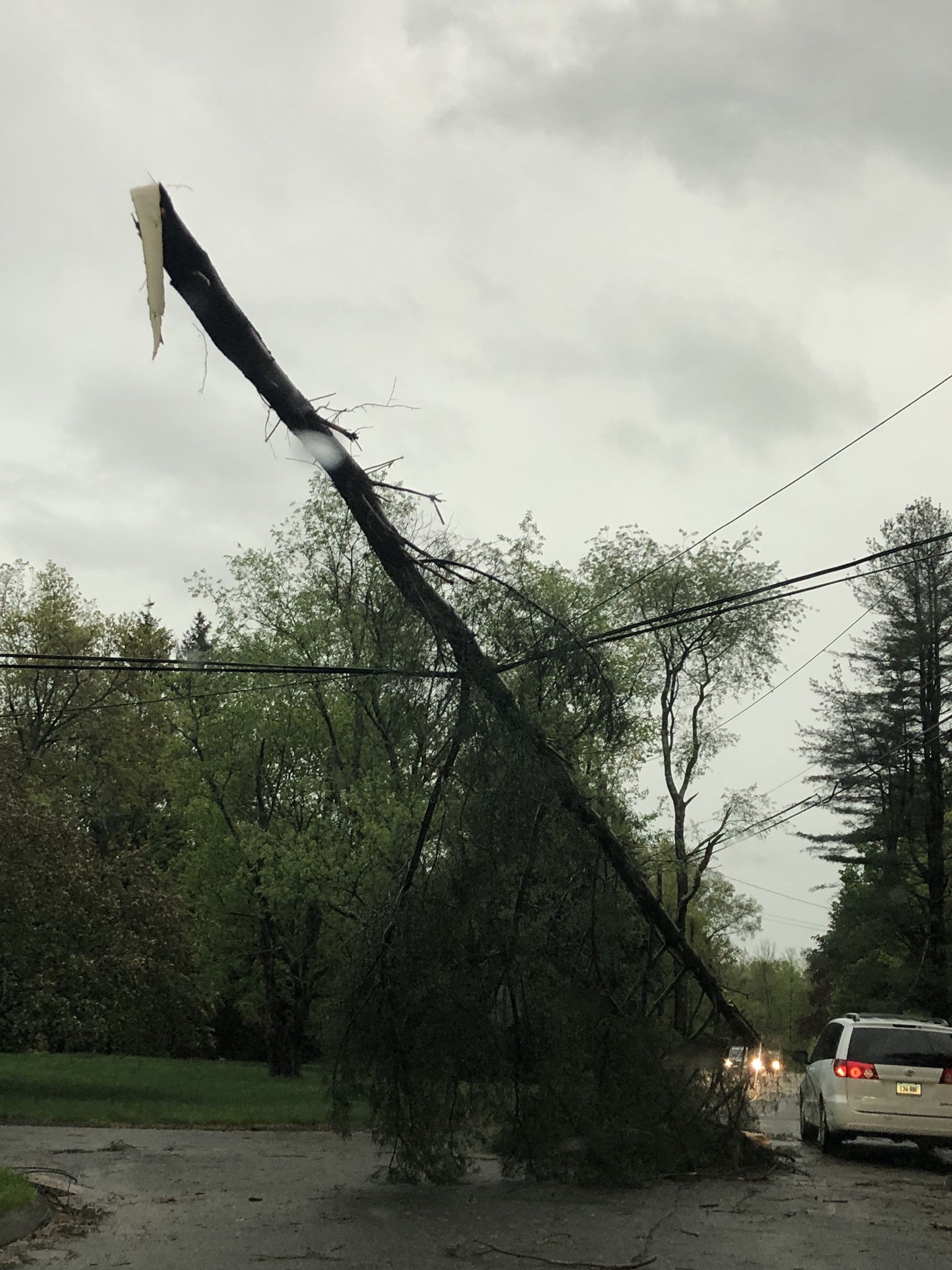 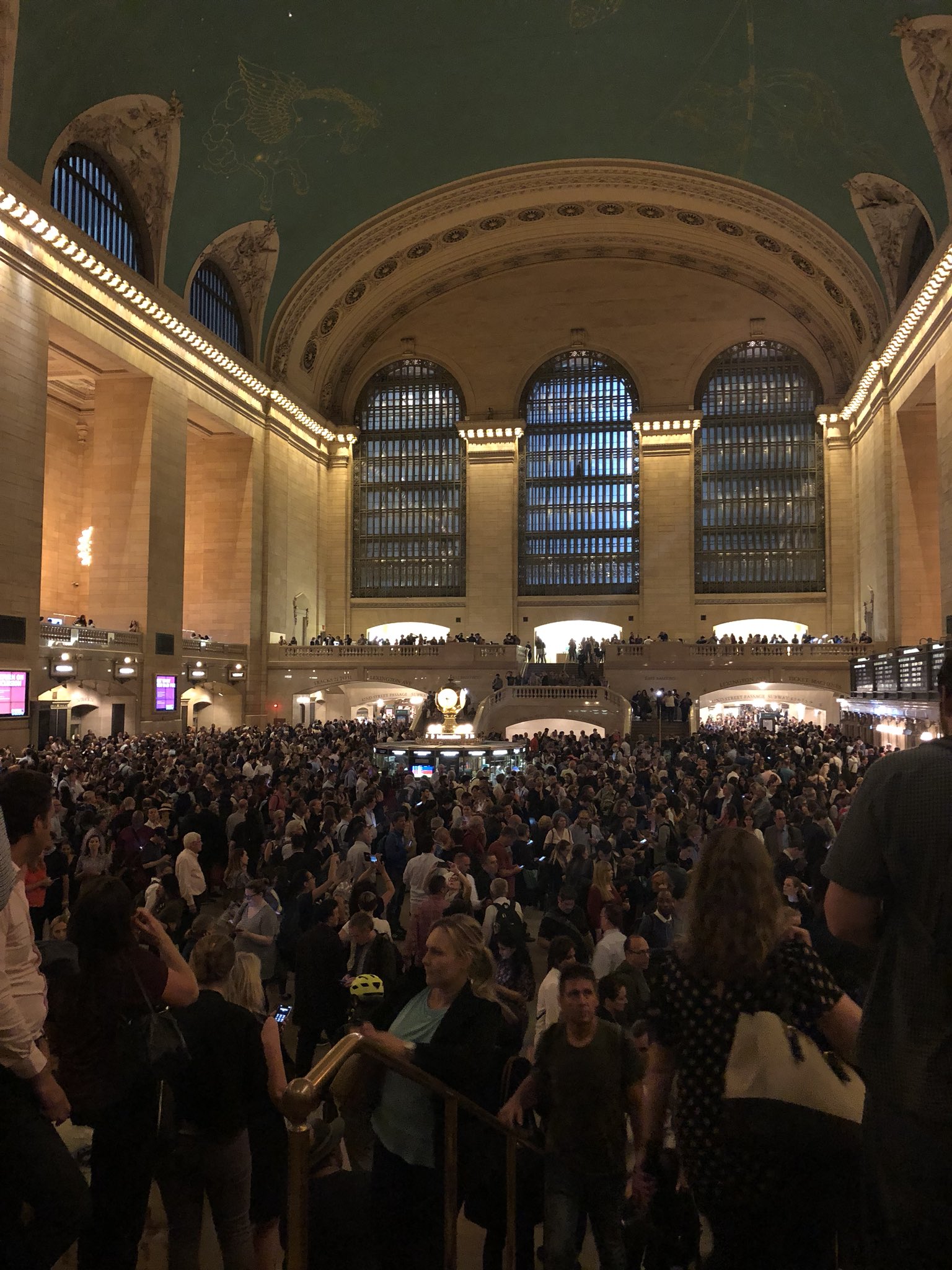 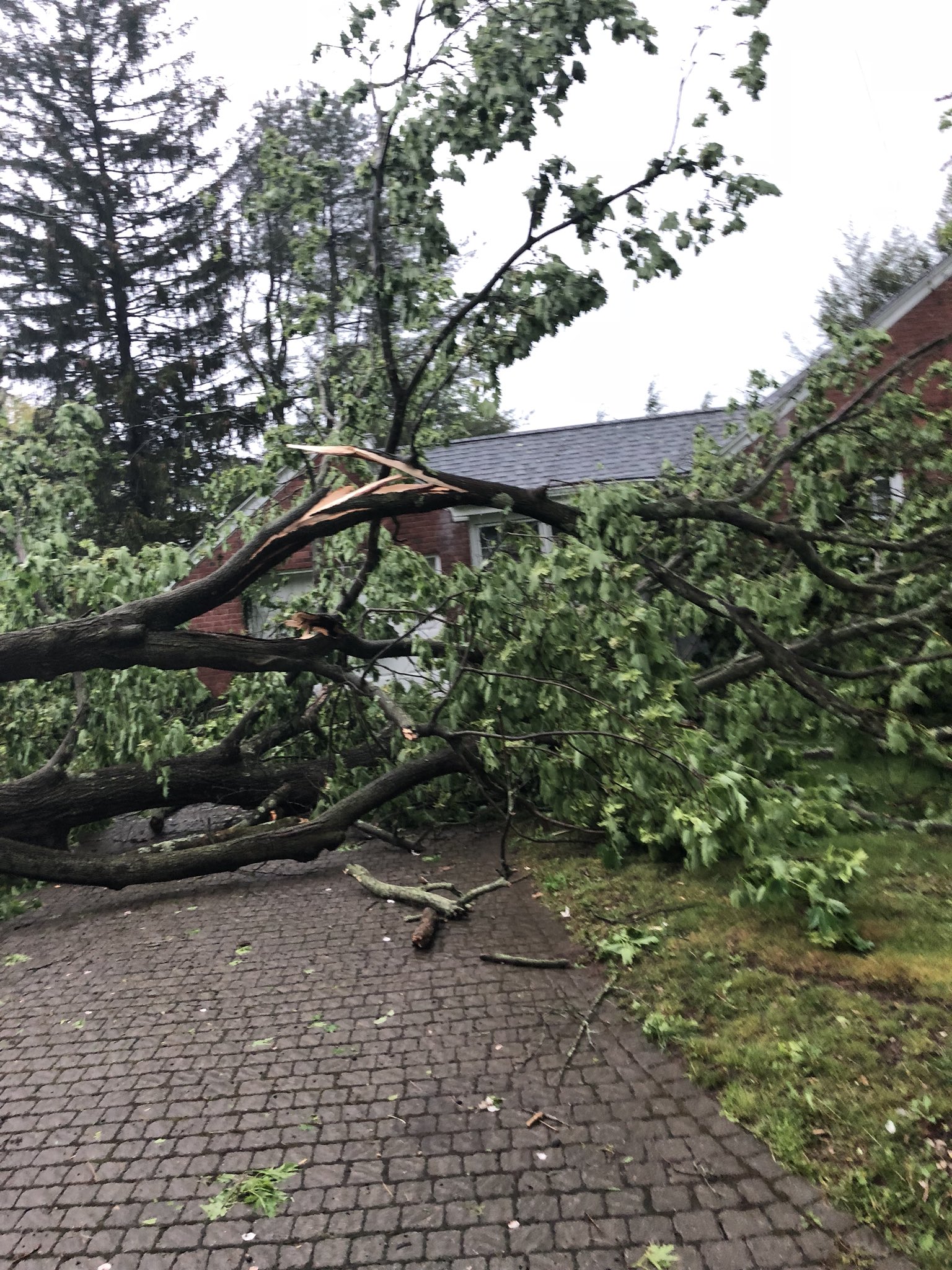 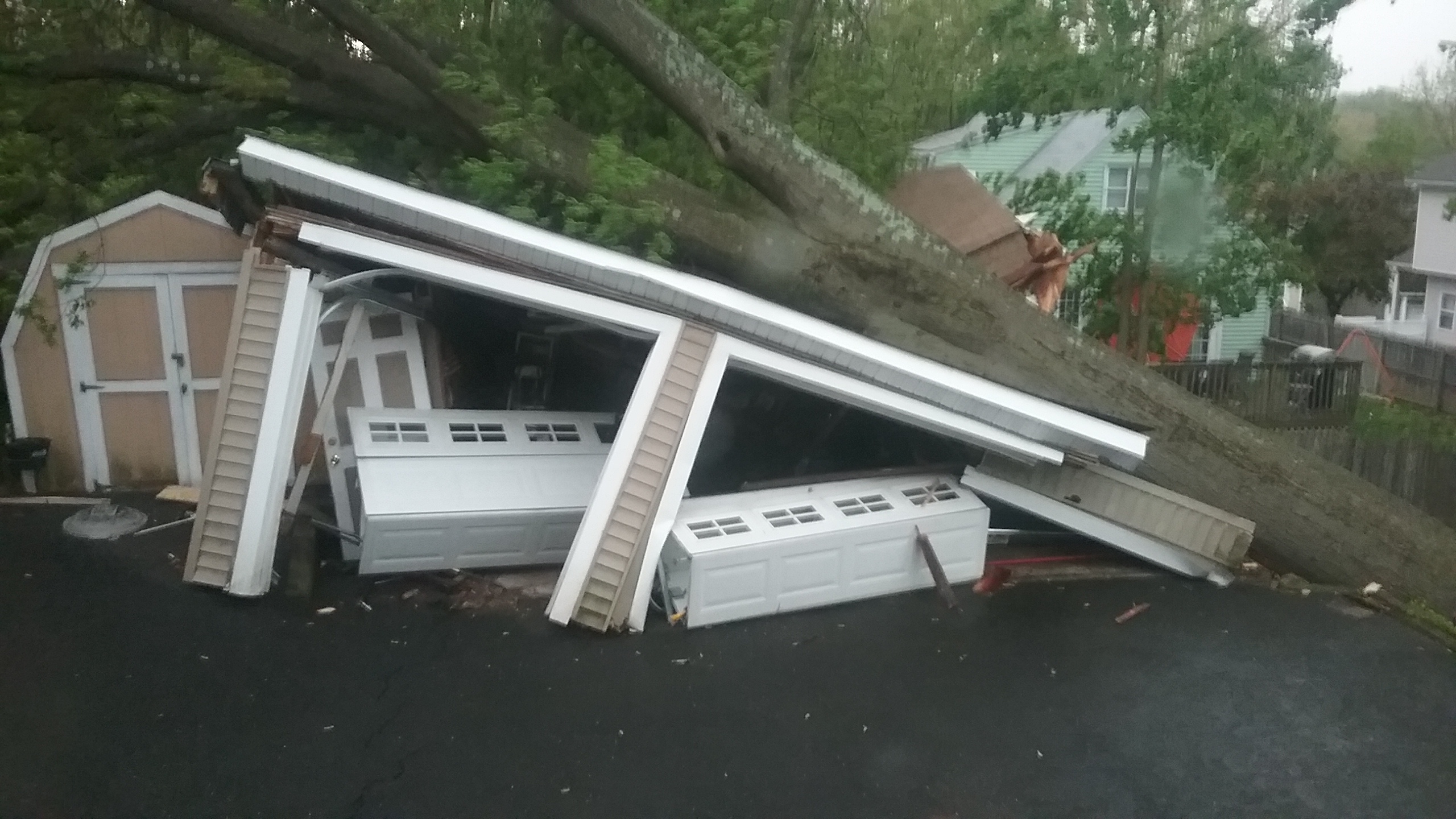 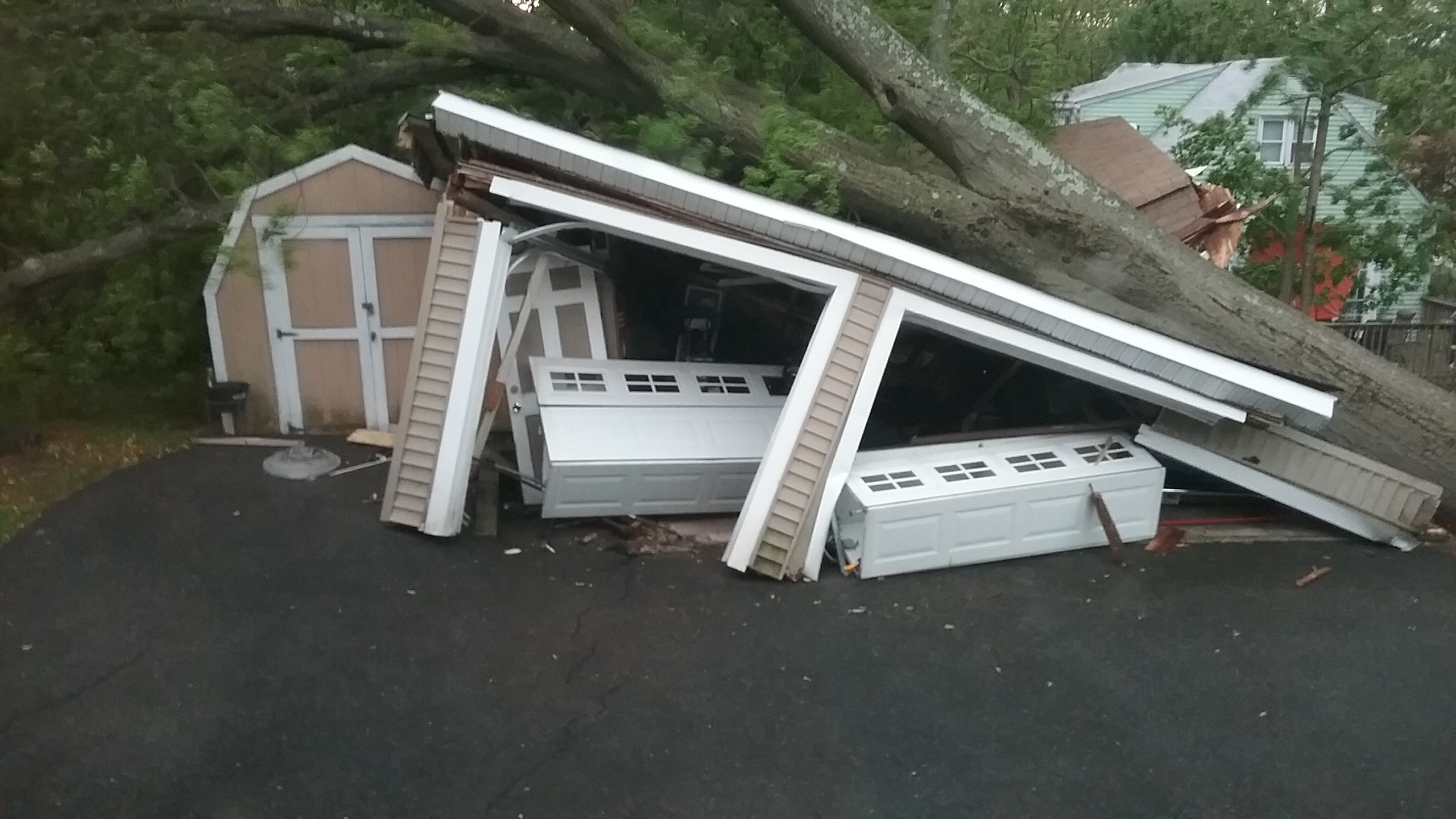 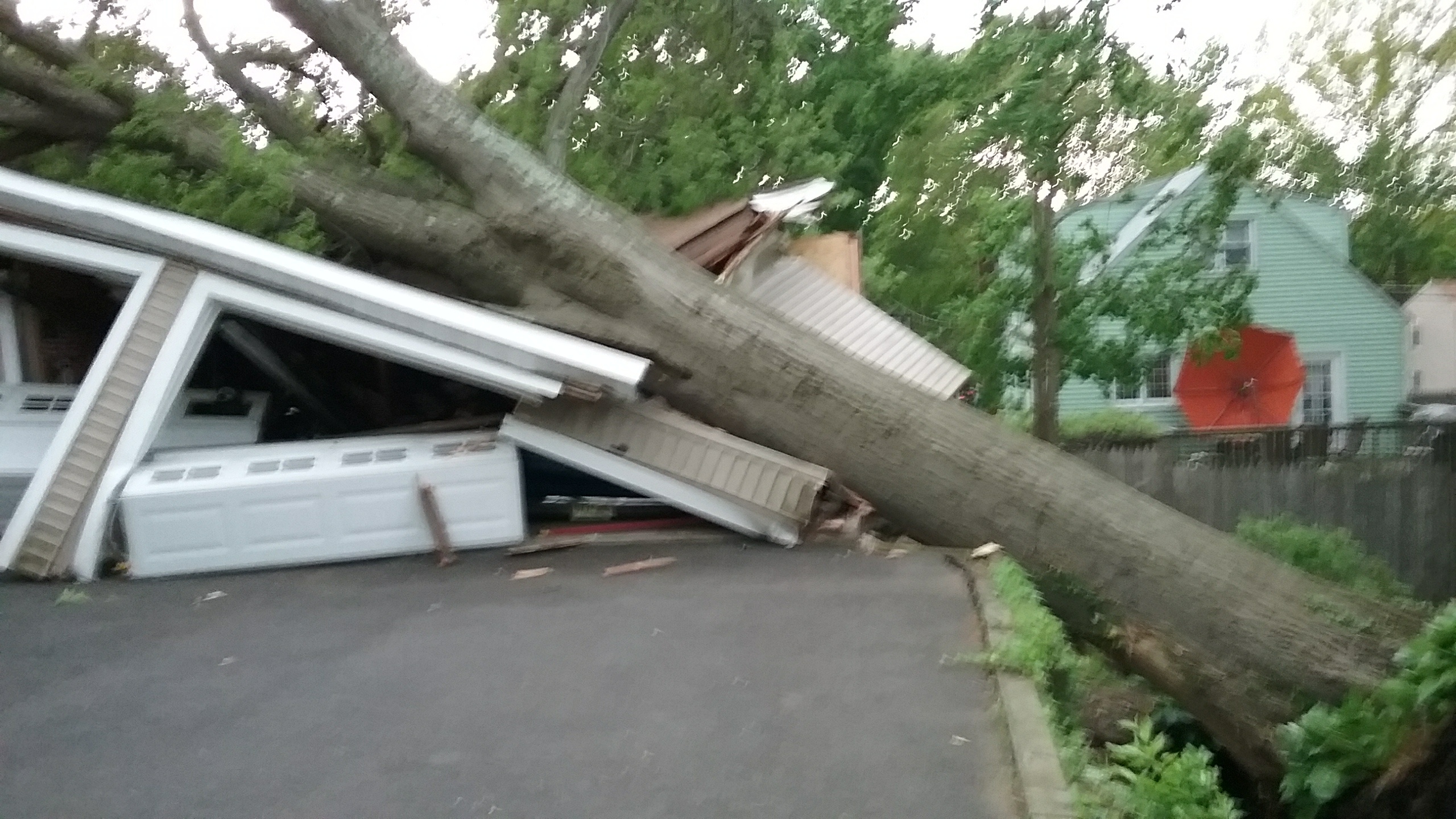 At least three storm-related deaths were reported. An 11-year-old girl in Newburgh, New York and two people in Connecticut were killed when trees fell onto their vehicles.

Earlier, tornado warnings had been issued for Dutchess, Orange, Sullivan and Ulster counties in New York and Fairfield County in Connecticut with at least one tornado reported in Eldred, Sullivan County.

The storms toppled trees and power lines across the area including in Mahwah New Jersey, where a tree crushed a garage. The homeowner, Al Vallese, said a show car worth at least $100,000 was destroyed.

Metro North service in and out of Grand Central Terminal was suspended due to the severe weather, and the terminal was jammed with more than 25,000 commuters at the height of rush hour. Officials say there were multiple downed trees on the tracks.

New Jersey Transit service in and out of Hoboken Terminal Station was subject to delays in both directions due to debris on the tracks.

The Port Authority Bus Terminal also reported delays, and drivers faced problems on the roads due to flooding and fallen trees.

The three major airports serving the city were all experiencing flight delays of an hour or more.

Here's a look at the severe thunderstorm as it plowed through Saugerties, New York.

The three utilities that serve Westchester, Putnam, Sullivan and Orange counties reported over 130,000 customers without power late Tuesday. About 75,000 customers were in the dark in New Jersey.

The line of storms cleared eastern Long Island and the Jersey Shore later in the evening, but there still could be showers and a rumble of thunder into the night.