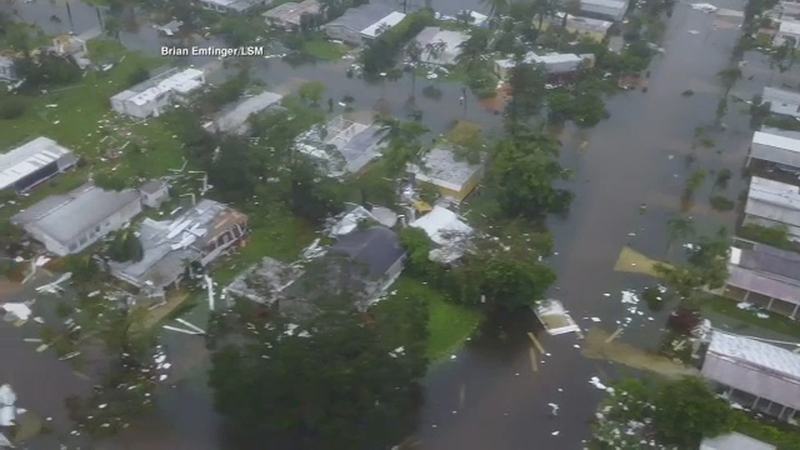 Cleaning up destruction left behind by Irma in Naples

There was no power or running water in the town Monday and phone lines were down. Drone video showed trees tossed around everywhere and many homes damaged.

The eyewall of the storm battered its way through Naples with nearly two hours of howling wind and sideways rain.

Monday night in Naples, after the rain and the wind, there was fire. Yet another byproduct of Irma's wrath.

A power surge sparked a small fire at a downtown condo. No one was hurt, but it didn't make the cleanup any easier.

Residents of the storm-ravaged city of 20,000 took matters into their own hands this first day after Irma shoved its way through with a vengeance. Letting out gusts upwards of 140 miles per hour.

Josh Einiger was streaming live from Naples, Florida as tiles flew off the roof during intense winds.

One resident used to be landlocked in his East Naples neighborhood. Not anymore. He spent Monday sloshing around the streets with his chainsaw. Helping cut up neighbors' downed trees.

All this flooding is not a storm surge. It's just old fashioned rain water, and it has no place to go.

Like after a snowstorm, workers spent all day plowing the streets of trees to get things moving. But still, there's a long way to go.