New York area digs out from snowstorm, thousands without power

WABC
By Eyewitness News
NEW YORK (WABC) -- Residents across the Tri-State Area spent Tuesday digging out, dealing with power outages and downed trees, and coping with messy commutes after our first blast of winter weather.

Nearly 45,000 customers were without electricity in New Jersey at the height of the outages, with 25,000 of those in Sussex County.

In Sparta, trees still heavy with leaves came crashing down from the weight of the snow and ice. Some of those trees took down power lines, causing fires and knocking out power.

Several roads were closed because of the cleanup, and there were reports of traffic lights that were not functioning.

Power officials say service in the town will be restored by Thursday. 200 crews from as far as West Virginia have arrived to lend a hand.

Many school districts in Western New Jersey opted to cancel classes, while several districts in the northern New York suburbs decided to go with a two-hour delayed start.

Marcus Solis reports on the aftermath of the storm in Orange County.

Plows and salt spreaders did their best to clear the roads, although there were a few slick spots that remained on the Palisades Parkway.

Drivers were urged to use caution on secondary roads.

Salt washing into manholes was also blamed for several fires in New York City Tuesday, including one on Dean Street in Crown Heights, Brooklyn, and another on Intervale Avenue in the Bronx. Con Edison responded to both.

Governor Andrew Cuomo declared states of emergency in Ulster, Schenectady, Saratoga, Rensselaer, Greene, Columbia and Albany counties, as upstate New York and areas to the north and west of New York City received the brunt of the storm. Amounts of 3 to 6 inches were reported locally, but some parts of the state saw upwards of a foot of snow.

Cuomo also activated 300 members of the National Guard to assist with snow removal and clean-up operations in the seven counties placed under a state of emergency. 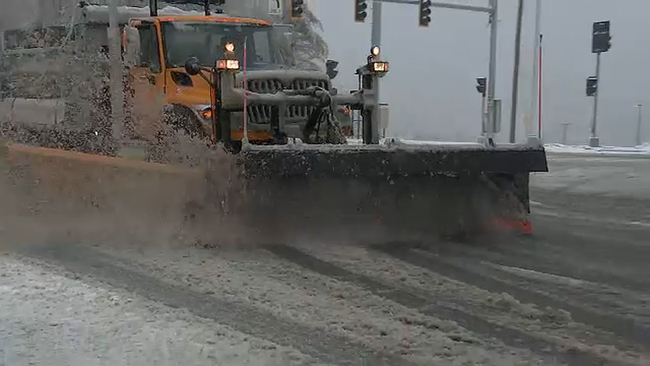 States of emergency declared as snow falls across NY area 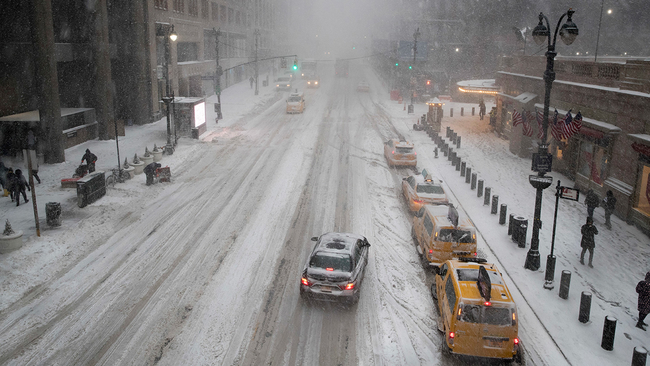