WABC
By Eyewitness News
NEW JERSEY (WABC) -- A driver had to be rescued after a plow truck skidded off a ledge and was seen dangling over a river on Monday morning.

The driver slid when plowing and continued through the embankment and ended up suspended over the side of the Arthur Kill River in Elizabeth, New Jersey.

Elizabeth firefighters secured the vehicle and got the driver out of the truck safely using a ladder.

Amazingly, the driver was not hurt. Highway towing was able to use large wreckers to lift the truck back onto the ground and remove it from the scene.

Plows were out in full force early Monday as several inches of snow fell throughout the state. Governor Phil Murphy had declared a state of emergency across all 21 counties.

The New Jersey Department of Transportation deployed more than 2,500 plows and spreaders.

RELATED: School closings and delays for the Tri-State area

One example of the danger from the storm was a large tree that fell on a home in Edison. 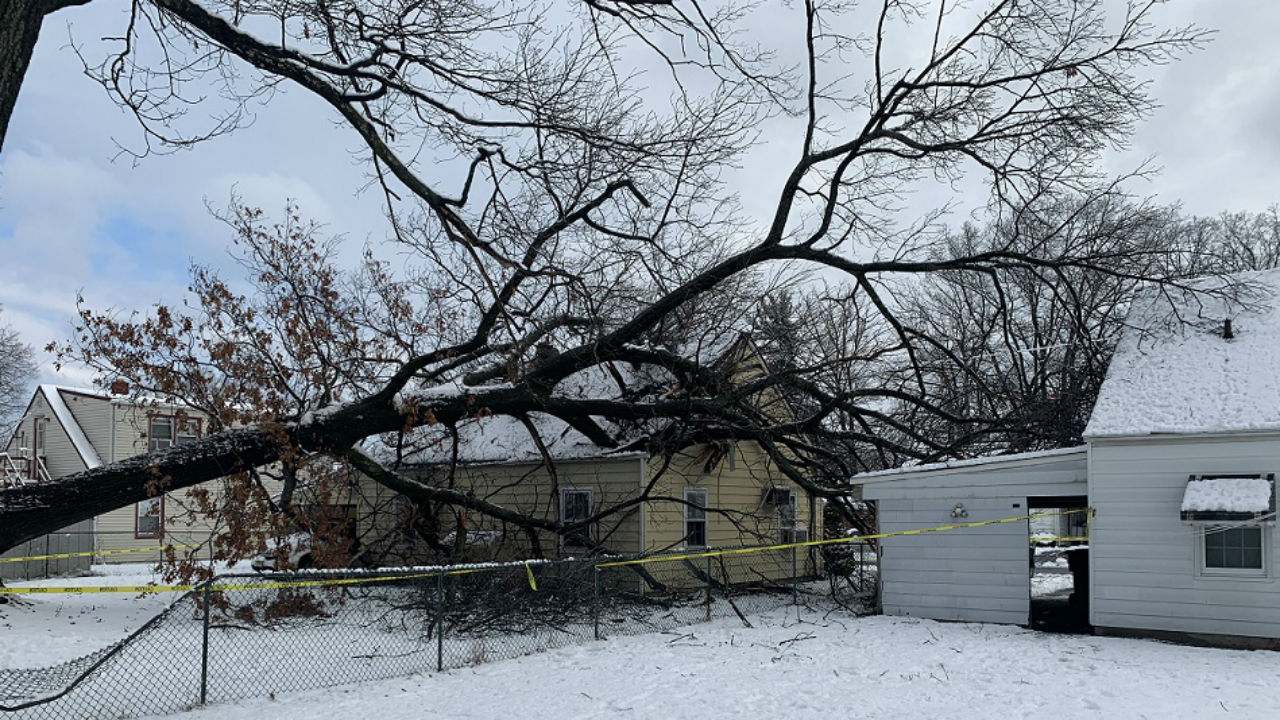 It happened around 3 a.m. on Hillcrest Avenue. The tree actually went through the roof of one house and damaged a second.

Fortunately, the family inside was not injured but did have to relocate due to the damage.

Crews were also working to clear power lines that fell across a highway in Lodi. Police said Route 46 was closed in both directions and drivers were asked to avoid the area.

Route 46 in Lodi shut down. Please avoid due to down power lines across highway. pic.twitter.com/gR0mLFnVwu

Newark officials announced the activation of an emergency operations center and said a "code blue" was in effect to encourage homeless people to seek shelter. Officials said the city's "No Parking on Snow-Covered Roadways" ordinance would be enforced.

NJ Transit announced that cross-honoring is in effect on Monday.