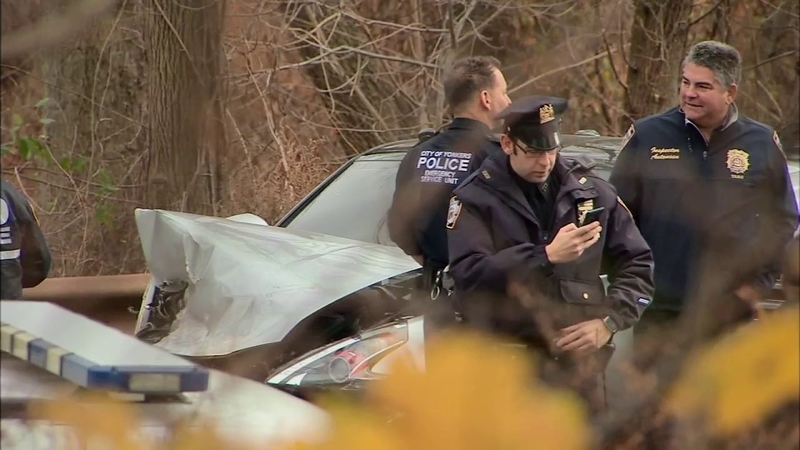 YONKERS, New York (WABC) -- One person is dead and other is in custody following a series of events, including a police pursuit and crash that began in the Bronx Tuesday morning.

The crash shut down the Saw Mill River Parkway in both directions in Yonkers between exits 3 and 4, which is near the Bronx/Westchester County line.

Officials said NYPD officers were trying to pull over a car at about 11:45 a.m. near 242nd Street and Broadway in the Bronx for various motor vehicle violations. The driver didn't stop and headed north on the Henry Hudson Parkway.

Police said the officers lost sight of the suspect's car. But then reports came in that the same car was traveling southbound in the northbound lanes. The car passed the NYPD officers trying to pass him and struck several vehicles, just south of the cross-county parkway interchange.

One person was arrested at the scene. Police said a second suspect climbed out the window and ran into the woods, where there was a confrontation. An NYPD officer fired one shot, killing the man who ran from them.

Police searched for a third person who was believed to run into Tibbetts Brook Park, but it is unclear if that person exists. 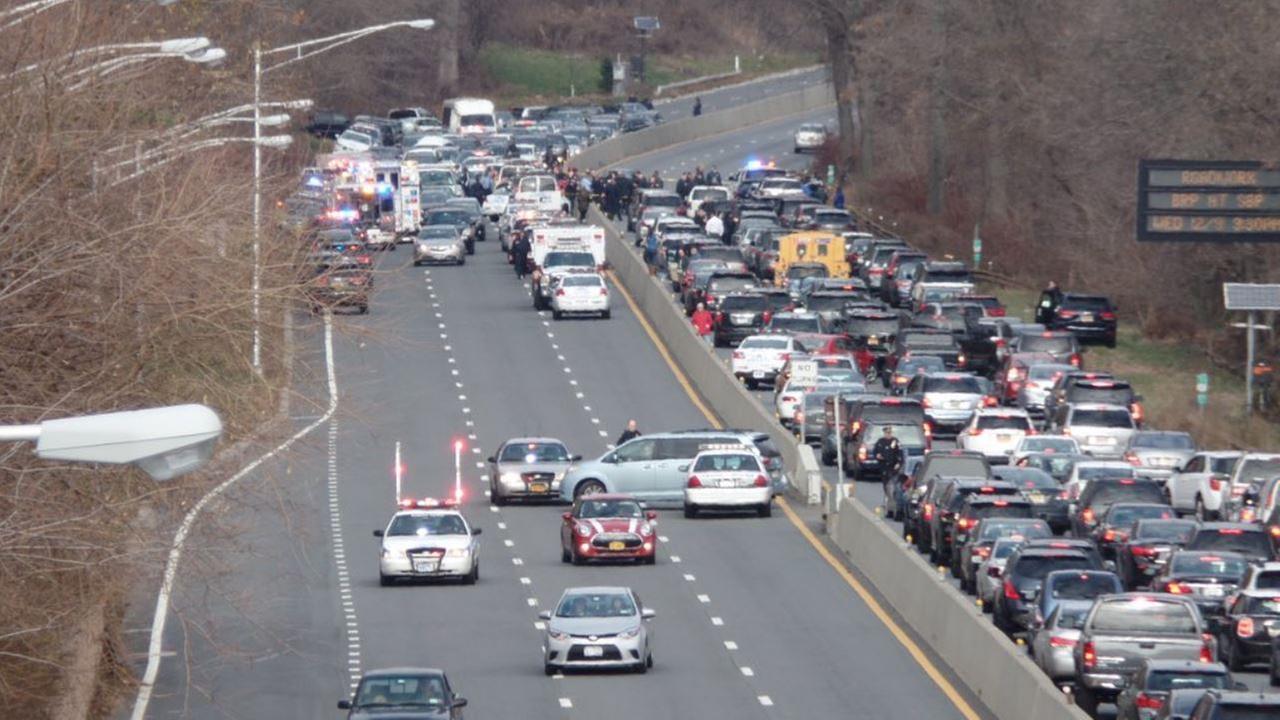 One person who was in a car struck by the suspect vehicle suffered non-life threatening injuries. Two officers are being treated for trauma at a nearby hospital.

Video from NewsCopter 7 showed the scene shortly after the crash, as police were trying to gather information about the incident:

The Saw Mill is expected to be closed for some time while police investigate. As of 3:20 p.m., the southbound lanes were reopened, but the northbound lanes remained closed.