Why you should shop sooner for turkey this Thanksgiving 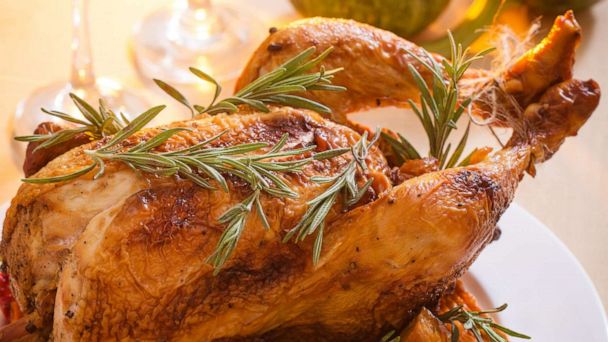 Turkey is the centerpiece staple of Thanksgiving, but there could be a slight slump in size and availability this year, which could mean pricier poultry.

The U.S. Department of Agriculture has predicted a minor drop in production this quarter with an expected dip from 1,451 million pounds of tender turkey this time last year to 1,420 million this year.

Phil Lempert, food marketing expert of Supermarket Guru, said the price jump this turkey day could be caused by a variety of issues from climate change to the pandemic supply chain bottleneck.

"We have a major shortage of truck drivers. So being able to get the birds to the supermarkets is going to be a problem," he explained.


Experts are encouraging consumers to shop local and turn to turkey farms nearby.

White Oak Pastures in Georgia typically sells out of their turkeys every year. Director of marketing Jenni Harries suggested to buy sooner than later and the best way to go about ensuring you get a bird in time.

"We're currently selling vouchers. Consumers can reserve a bird, which will then they'll be called in early November to redeem their purchase," she said.