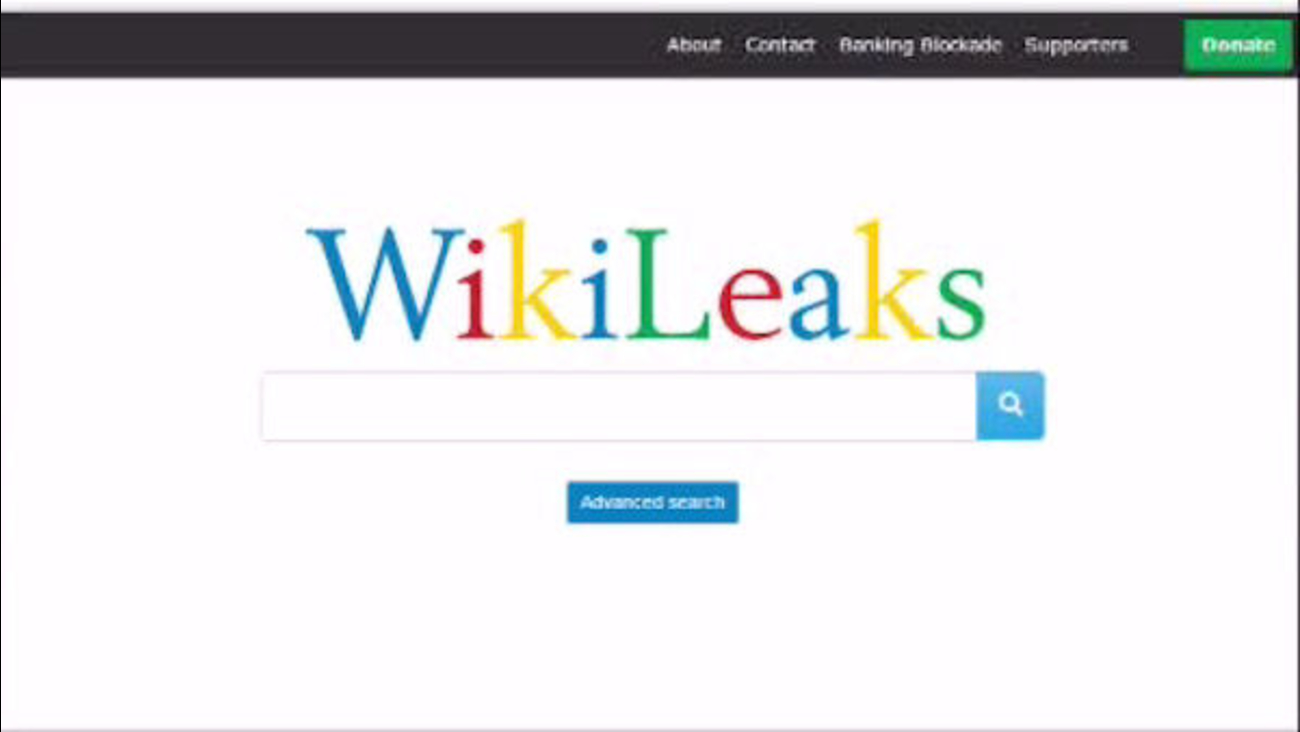 The release caused uproar among French politicians, although it didn't reveal any huge surprises or secrets. France itself is on the verge of approving broad new surveillance powers, and is among several U.S. allies that rely heavily on American spying powers when trying to prevent terrorist and other threats.

There was no instant confirmation of the accuracy of the documents released in collaboration with French daily newspaper Liberation and investigative website Mediapart, but WikiLeaks has a track record of publishing intelligence and diplomatic material. It appeared serious enough to prompt an emergency meeting of President Francois Hollande's defense council, according to presidential aides. The council, convening Wednesday morning, includes top French security officials.

WikiLeaks spokesman Kristinn Hrafnsson told The Associated Press he was confident the documents were authentic, noting that WikiLeaks' previous mass disclosures - including a large cache of Saudi diplomatic memos released last week - have proven to be accurate.

Hollande's office didn't comment beyond announcing Wednesday's security meeting, though his Socialist Party issued an angry statement saying the reports suggest "a truly stupefying state paranoia." Even if the government was aware of such intercepts, the party said, that doesn't mean "that this massive, systematic, uncontrolled eavesdropping is tolerable."

An aide to Hollande's predecessor Nicolas Sarkozy told the AP that the former president considers these methods unacceptable, especially from an ally. The aide was not authorized to be publicly named.

There was no immediate comment from former President Jacques Chirac, also reportedly targeted by the eavesdropping.

U.S. National Security Council spokesman Ned Price said in a statement that the American government would not comment on the specifics of the leak.

"As a general matter, we do not conduct any foreign intelligence surveillance activities unless there is a specific and validated national security purpose. This applies to ordinary citizens and world leaders alike," he said.

Ever since documents leaked by former NSA contractor Edward Snowden showed in 2013 that the NSA had been eavesdropping on the cellphone of German Chancellor Angela Merkel, it had been understood that the U.S. had been using the digital spying agency to intercept the conversations of allied politicians.

Still, the new revelations are bound to cause diplomatic embarrassment for the Americans, even though friends have been spying on friends for thousands of years.

"And one more time we find out that the U.S. has no allies, they only have targets or vassals," Socialist lawmaker Jean-Jacques Urvoas said in messages posted on Twitter in both French and English. Urvoas is leading the push for France's new surveillance bill.

Hollande said last year that he discussed his concerns about NSA surveillance with President Barack Obama during a visit to the U.S., and they patched up their differences.

After the Merkel disclosures, Obama ordered a wholesale review of NSA spying on allies, after officials suggested that senior White House officials had not approved many operations that were largely on auto-pilot. After the review, American officials said Obama had ordered a halt to spying on the leaders of allied countries, if not their aides.

WikiLeaks, on its Web site, listed the contents of what it said was five selected "top" intercepts of communications involving French presidents - on subjects including a top U.N. appointment, the Middle East peace process, and the handling of the euro crisis - between 2006 and 2012.

The report also listed in a chart what were said to be phone numbers listed by NSA as top French official "intercept targets," including that of the French president's own cellphone, with some digits crossed out.

The purported intelligence reports describe French relations with Germany and the parlous state of the Greek economy. A March 24, 2010 report describes Sarkozy's frustration at the U.S. refusal to sign an espionage pact: "As (French Ambassador to Washington Pierre) Vimont and (Sarkozy's diplomatic advisor Jean-David) Levitte understand it, the main sticking point is the U.S. desire to continue spying on France," it says.

Hrafnsson refused to comment on how WikiLeaks had obtained the documents and declined to go into specifics about what else might be appearing in the French press, but said that "they can expect more revelations in the near future."

Tuesday's release appeared to be carefully timed: the night before the French Parliament is expected to definitively pass a controversial security bill legalizing broad surveillance, especially of terrorism suspects.

Privacy advocates and human rights groups have protested the French surveillance bill expected to be approved Wednesday, which would let the government install "black boxes" to collect metadata from every major phone and Internet company in hopes of preventing imminent attacks.

But the government argues that it is just updating a 1991 law to grapple with modern threats, and has tried to distance itself from U.S.-style mass surveillance. The bill was proposed last year but deadly Paris attacks by Islamic extremists in January gave it added urgency for the government.
Related topics:
politicsunited statesnewswikileaksnsanational security agency
Copyright © 2022 by The Associated Press. All Rights Reserved.
TOP STORIES
Ex-boyfriend arraigned in murder of Upper East Side mom
Man shot in the head while riding scooter in the Bronx
3-year-old boy dies after falling from 29th-floor balcony in Manhattan
AccuWeather: Less humid
Where to watch 2022 Fourth of July fireworks
Macy's 4th of July Fireworks 2022: Everything to know
Jet truck driver killed during Michigan air show | VIDEO
Show More
Uvalde school police chief resigns from city council
VP Harris expected to discuss Roe overturn at Essence Festival
Worker arrested after deadly stabbing inside Manhattan bodega
Man steals $26,000 worth of product from East Village store
Teen girl speaks out after surviving shark attack at Florida beach
More TOP STORIES News