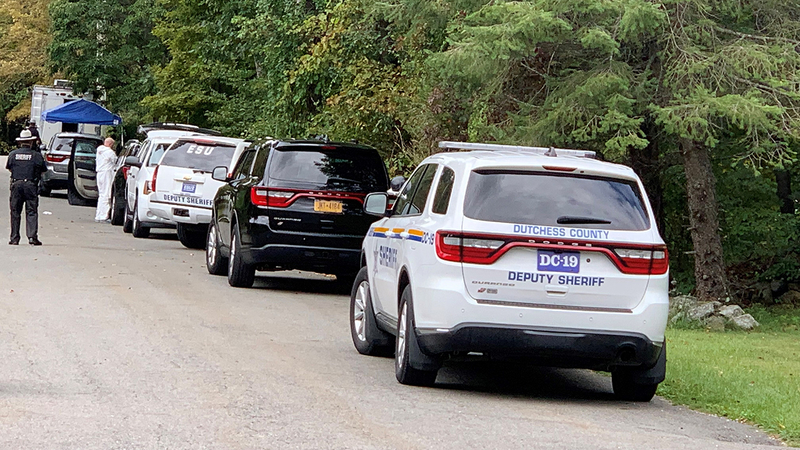 BEEKMAN, Dutchess County (WABC) -- A man stabbed three of his neighbors, one fatally, before taking his own life in the Town of Beekman Wednesday night, according to the Dutchess County Sheriff's Office.

It happened at a home on Walnut Drive in Pawling around 11 p.m.

Authorities say they responded to a report of an active disturbance in which a male was stabbing other people.

COVID-19 doesn't discriminate against who gets sick, but some some groups have been hit harder. And they're the most likely not to have insurance.

They say the preliminary investigation revealed that 32-year-old Willem Salcius started an altercation with his neighbors, during which he stabbed three of them multiple times before dying by suicide at the scene.

William McGoorty, 35, was pronounced dead at the scene.

The other two victims, 30-year-old Robert McGoorty and 58-year-old Edward McGoorty, were rushed to Mid-Hudson Regional Hospital with life-threatening injuries.

It was graduation day for the FDNY on Wednesday and three new firefighters are children of firefighters who died in the line of duty.

Police say the victims and suspect were known to each other, but the nature of the dispute was unknown.

The motive remains under investigation.