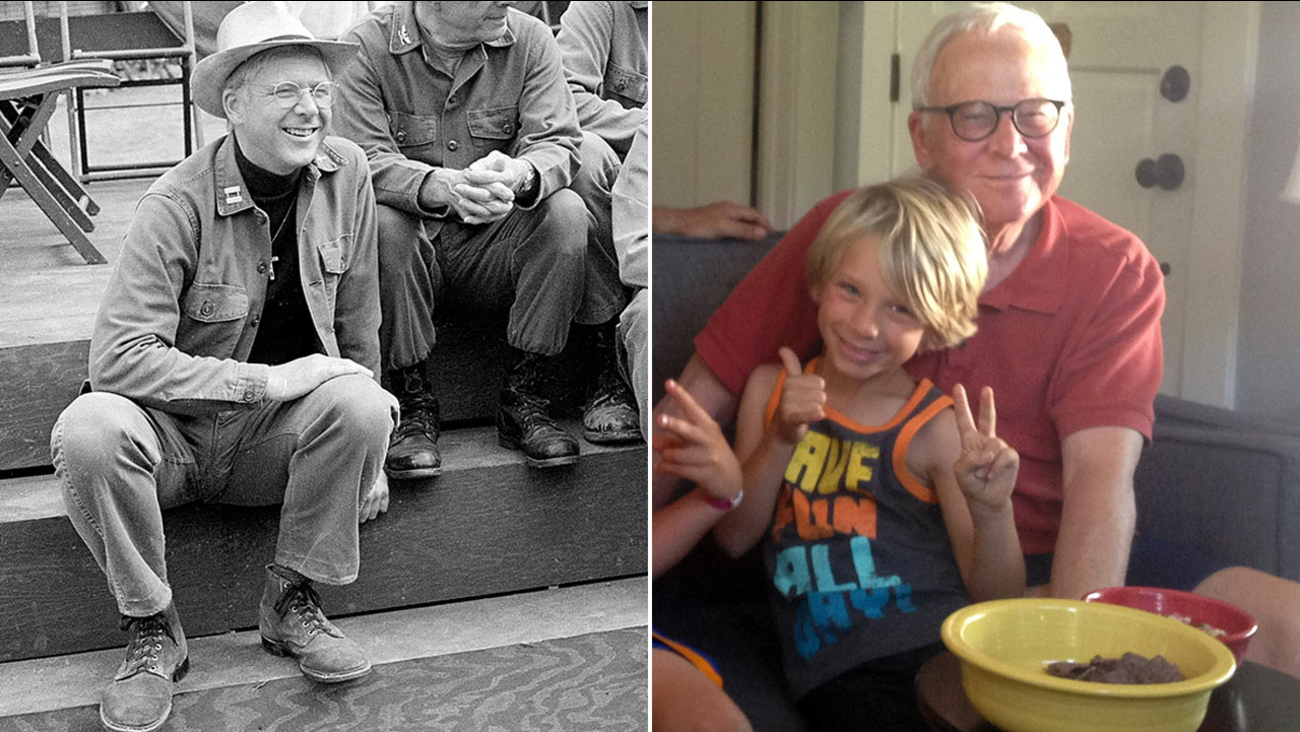 William Christopher, an actor known best for his role as Father John Mulcahy on the hit TV show 'MASH,' died on Saturday, Dec. 31, 2016, according to his family. (AP Photo/Wally Fong/Christopher family)

PASADENA, California -- "M.A.S.H." star William Christopher has died. He was 84.

Christopher's agent Robert Malcom said the actor died at 5:10 a.m. Saturday at his home in Pasadena, California. He tells The Associated Press that Christopher's wife says her husband died peacefully.

From left to right: Loretta Swit, Mike Farrell, Jamie Farr, Harry Morgan, Alan Alda and William Christopher during the taping of the final episode of "*M*A*S*H" in January 1983.

Malcom said Christopher was diagnosed with cancer more than a year ago and had been in hospice since the beginning of the week.

He is survived by his wife, Barbara, and his two sons.

From left to right: William Christopher, Harry Morgan, Mike Farrell, Alan Alda, and Jamie Farr, take a break on the set of "M*A*S*H" in Los Angeles on Sept. 15, 1982.

Christopher is best known for the role of Father Francis Mulcahy on "M.A.S.H.," the 1970s TV show set during the Korean War.

"Everyone adored him," said fellow "M.A.S.H." actor Loretta Swit. "A great sense of humor and a great humanitarian. He became TV's quintessential padre as Father Mulcahy on M.A.S.H. It was the most perfect casting ever known."