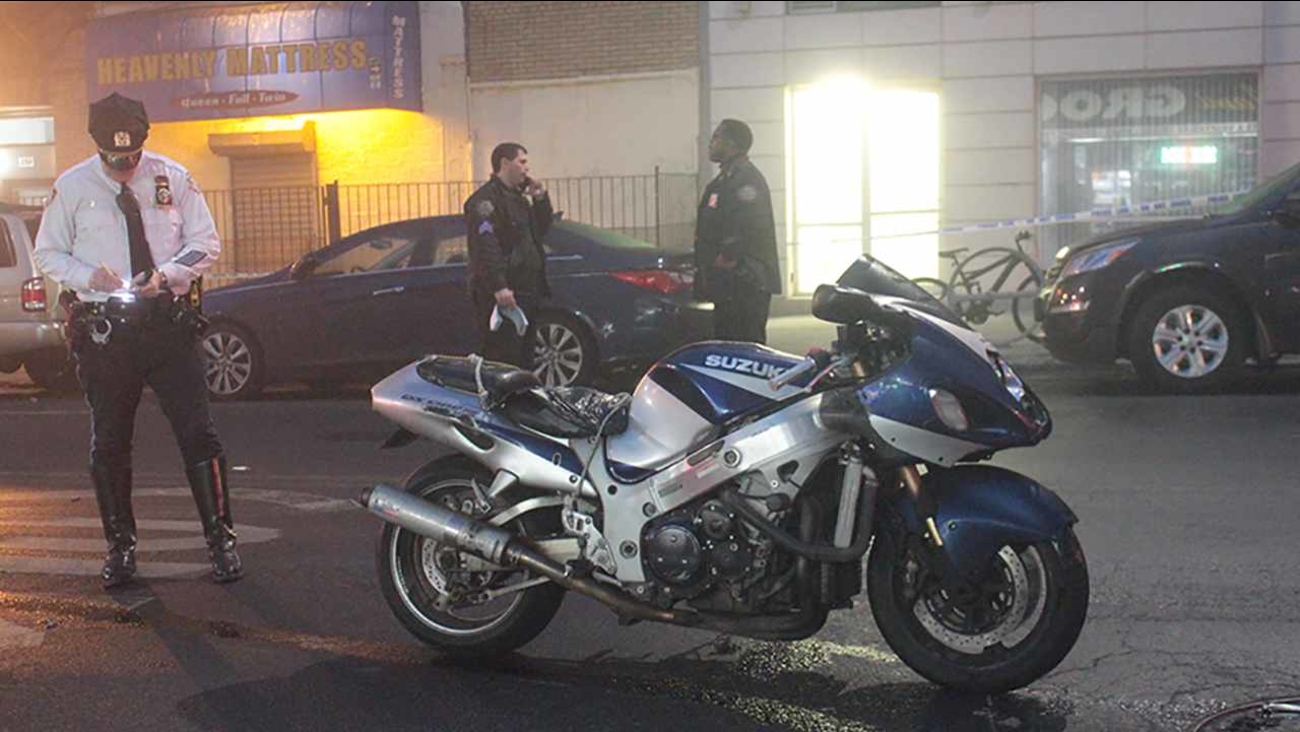 A 68--year-old man was killed in a motorcycle wreck Saturday morning.

WILLIAMSBURG, Brooklyn (WABC) -- A man was killed when he lost control of a motorcycle in Brooklyn Saturday morning.

Around 5 a.m., police responded to Bushwick and Montrose avenues in Williamsburg.

Franklin Goodman, 68, of Brooklyn, was found lying in the road. He was taken to Woodhull Hospital, where he was pronounced dead, according to the New York City Police Department.

Goodman had been traveling northbound on Bushwick Avenue when he lost control of his 2004 Suzuki, police said. He dropped his motorcycle at the intersection, finally coming to rest under a box truck.