Police are searching for a woman again after she climbed into the Bronx Zoo lion exhibit a second time.

THE BRONX (WABC) -- A woman who was charged two years ago with trespassing near the lion exhibit and taunting the animals at the Bronx Zoo is wanted again for doing the same this past week, New York City police said.

Police asked for the public's help Friday night in locating Myah Autry, 32, who is accused of trespassing in a fenced-in area near the lion exhibit Thursday, authorities said.

A video posted to an Instagram page that police have identified as hers shows a woman wearing a red dress and leopard-print shawl standing across a moat from a lion and talking to it, holding roses and tossing money.

"This situation involves one individual who is determined to harass our lions with no regard for her safety, or the safety of our staff and our guests, and no regard for the well-being of the lions," a zoo spokesperson said in a statement. "The Bronx Zoo has a zero-tolerance policy in matters such as this and will aggressively seek prosecution against this individual and anyone who violates park safety rules."

Police said Autry fled the scene and is being sought on a new trespassing charge. It's not clear if she has a lawyer who could respond to the allegations.

When police saw the video, they asked Her to turn herself in. Instead, Autry posted another video rapping, taunting police and calling herself "queen." But she later surrendered to authorities. 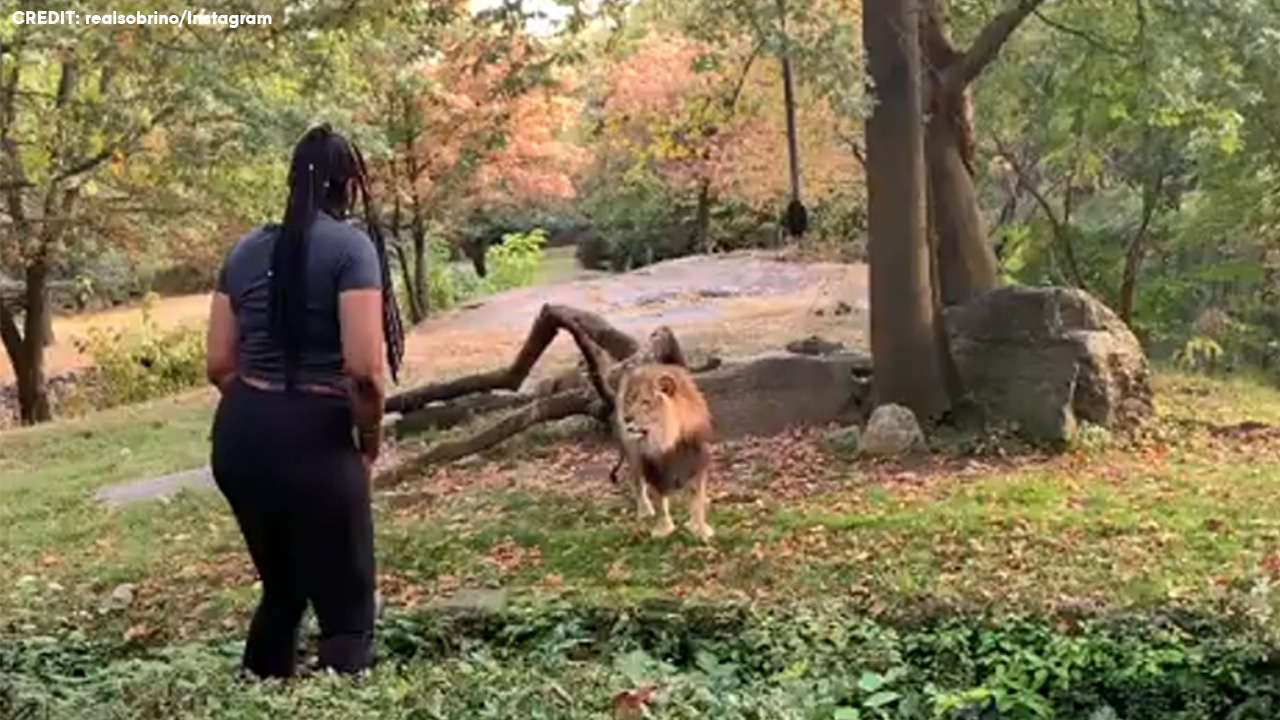