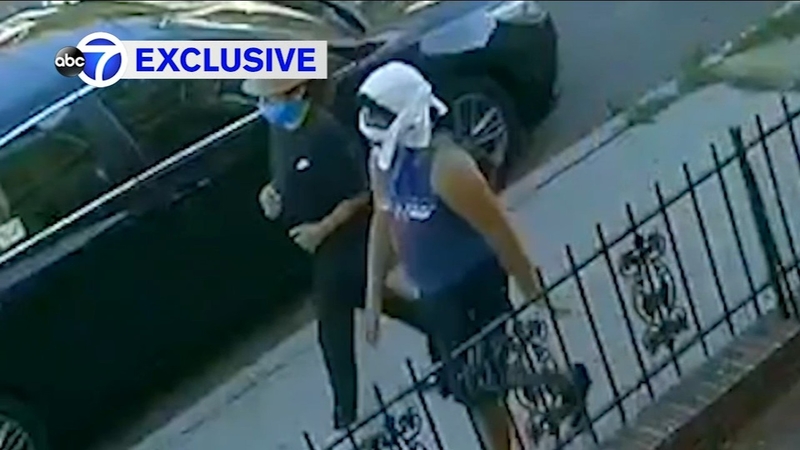 Exclusive: 89-year-old woman set on fire in Brooklyn speaks out

BENSONHURST, Brooklyn (WABC) -- Two 13-year-old boys are under arrest for allegedly setting an 89-year-old woman on fire in Brooklyn.

The victim said the pair never spoke a word to her before slapping her in the face and setting her clothes ablaze on the night of July 14 in Bensonhurst.

The victim told Eyewitness News she had just left her home when the two approached her near 16th Avenue and 77th Street. She said one of them struck her in the face, and then moments later she felt a sharp pain on her back.

Police are looking for the suspects caught on camera slapping and setting fire to an 89-year-old woman in Brooklyn.

Once she realized what was happening, she quickly pulled up her hair so it wouldn't burn and then rubbed her back against a wall to put out the flames.

The fire left a large scorch mark up the back of her shirt.

The victim said she had never seen them before, and they did not try to steal anything from her.

The teens are charged with third-degree assault.