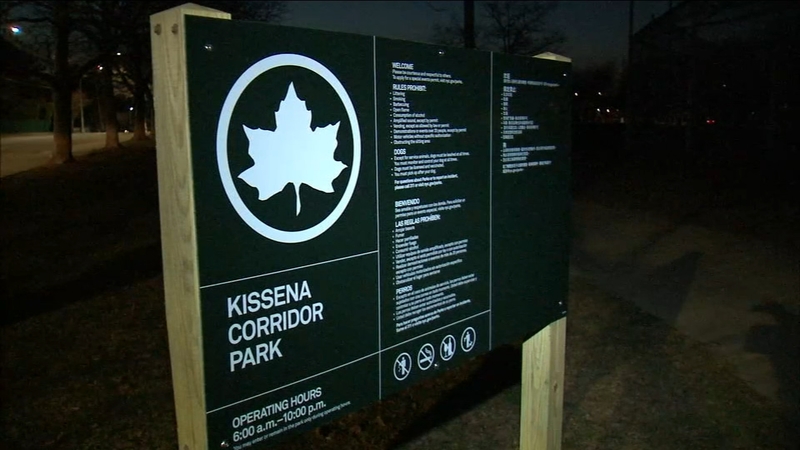 Mother says she was spit at while holding baby, called 'Chinese virus'

FRESH MEADOWS, Queens (WABC) -- An incident in which an Asian American mother says she was spit at while holding her baby and called the 'Chinese virus' is being investigated as a possible hate crime.

The woman told police that the confrontation occurred Tuesday morning, sometime between 10:30 and 11:30 a.m. in or near Kissena Corridor Park in Fresh Meadows.

The 25-year-old woman said a man spit in her direction three times before calling her the derogatory term.

At the Korean Community Services Center, not far from where this allegedly happened, they have felt the hate too often.

"I'm not surprised, to be honest. We've been hearing about a lot more of these incidents happening in broad daylight," the center's Linda Lee said.

Lee, a mother of a young baby herself, says the center has been training the elderly how to defend themselves, instructing them to travel in groups, and equipping them with personal safety alarms.

"The community doesn't feel safe at all. A lot of the seniors that we serve, they tend to be tough. Korean grandmothers, for example, tend to be very tough, have a very tough front and exterior, but at the end of the day these attacks, if they were to happen to some of our seniors, they're not going to be able to defend themselves," Lee said.

"It is yet another incident here in New York City. Across the country, we are just hearing about these incidents all the time," Rep. Grace Meng said.

Congresswoman Meng admits it's hitting really close to home as the incident allegedly happened in her district.

"This week the weather is really nice and I was thinking maybe I'll take my kids to the park, but now I'm having second thoughts myself," Meng said.

Meng has been bringing awareness to the issue and trying to shatter cultural barriers.

Asian Americans are often reluctant to come forward and are often taught to keep their heads down.

Police say the victim did not report the incident until three hours later.

"I think we all need to stand in solidarity with our Asian brothers and sisters, we all need to stand up to hate, and we need everyone to report hate. I really want to emphasize that if someone's been a victim of hate if someone's witnessed a hate crime to report it immediately because that's the best way for us to find those who are doing these horrible acts and stop them," Mayor Bill de Blasio said.

Police are investigating the alleged confrontation as aggravated harassment, a bias-motivated incident.

The NYPD's Asian Hate crimes Task Force is investigating it as a possible hate crime.

It will not investigated as a confirmed hate crime - an aggravated assault - unless the attacker commits the offense again.