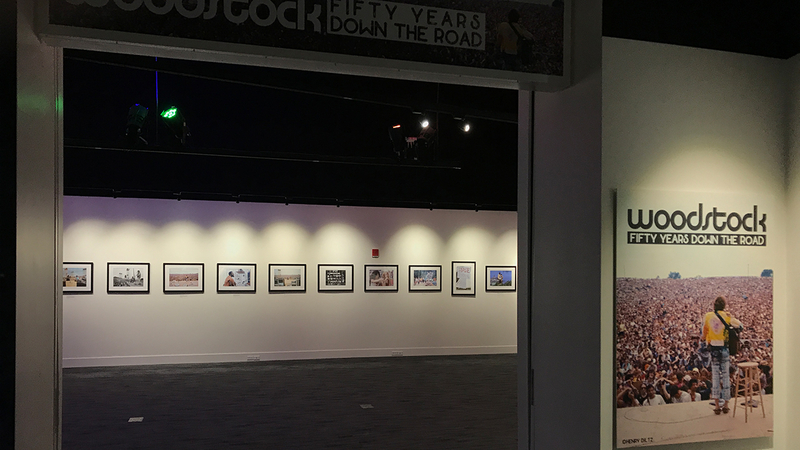 NEWARK, New Jersey (WABC) -- Next month marks the 50th anniversary of Woodstock, and various celebrations are planned to mark the occasion.

The festival that came to define a generation is being celebrated with an exhibit at The Grammy Museum in Newark.

The museum, tucked inside The Prudential Center, has been called, "another jewel in the revitalization of Newark," and if you haven't been, then I hope you can take the opportunity to go see "Woodstock: Fifty Years Down The Road."

"By the time we got to Woodstock, we were half a million strong," Joni Mitchell sang in her hit, "Woodstock." "And everywhere, there was song and celebration."

And as the famous tune goes, so goes this new exhibit.

The exhibit lends nuance to an event that's come to be defined by an Oscar-winning documentary.

It's been said that if you can remember Woodstock, then you probably weren't there -- but a collective memory can be found through the lens of photographer Henry Diltz.

"How it unfolded, what it felt like," Conklin said. "You can almost smell the mud actually. We almost put some mud out, but we decided not to."

What you will find, though, is an an original ticket, and who knew there was a program for the event that actually took place 60 miles southwest of Woodstock, New York, in the town of Bethel.

"If this festival had happened now, there'd probably be a bunch of lawsuits," Conklin said. "People had to overcome a lot."

A new PBS film shows how close to chaos organizers came. There was a sanitation crisis and a medical crisis, and New York Governor Nelson Rockefeller considered sending in the National Guard.

Each one of those crises could have meant disaster for the event.

Today at the site, the original grounds are pristine and home to another museum. But for those unable to make the trip there, the exhibit at The Prudential Center is a worthy reminder of a legacy forged on an August weekend half a century ago.

The anniversary falls on Thursday, August 15, and I am looking forward to reporting live from Bethel for Eyewitness News First at Four. In the meantime, the exhibit at The Grammy Museum is open daily.