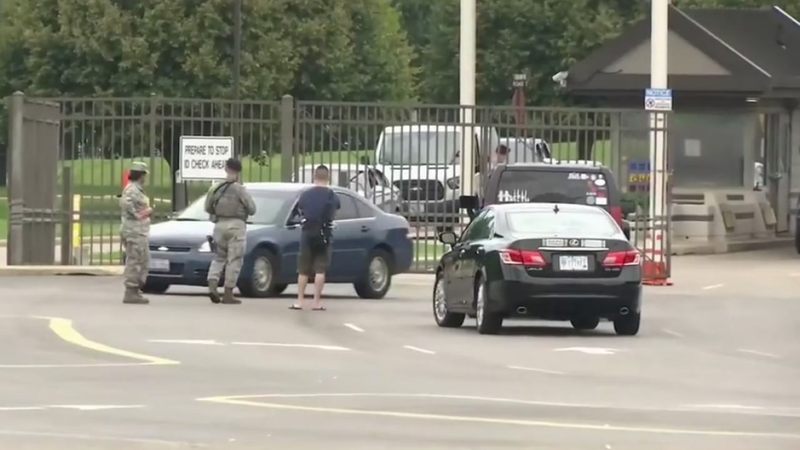 DAYTON, Ohio (WABC) -- Armored vehicles and unmarked cars swarmed onto a sprawling Air Force base in Ohio amid reports of an active shooter, but base officials later said there was never a real world shooter.