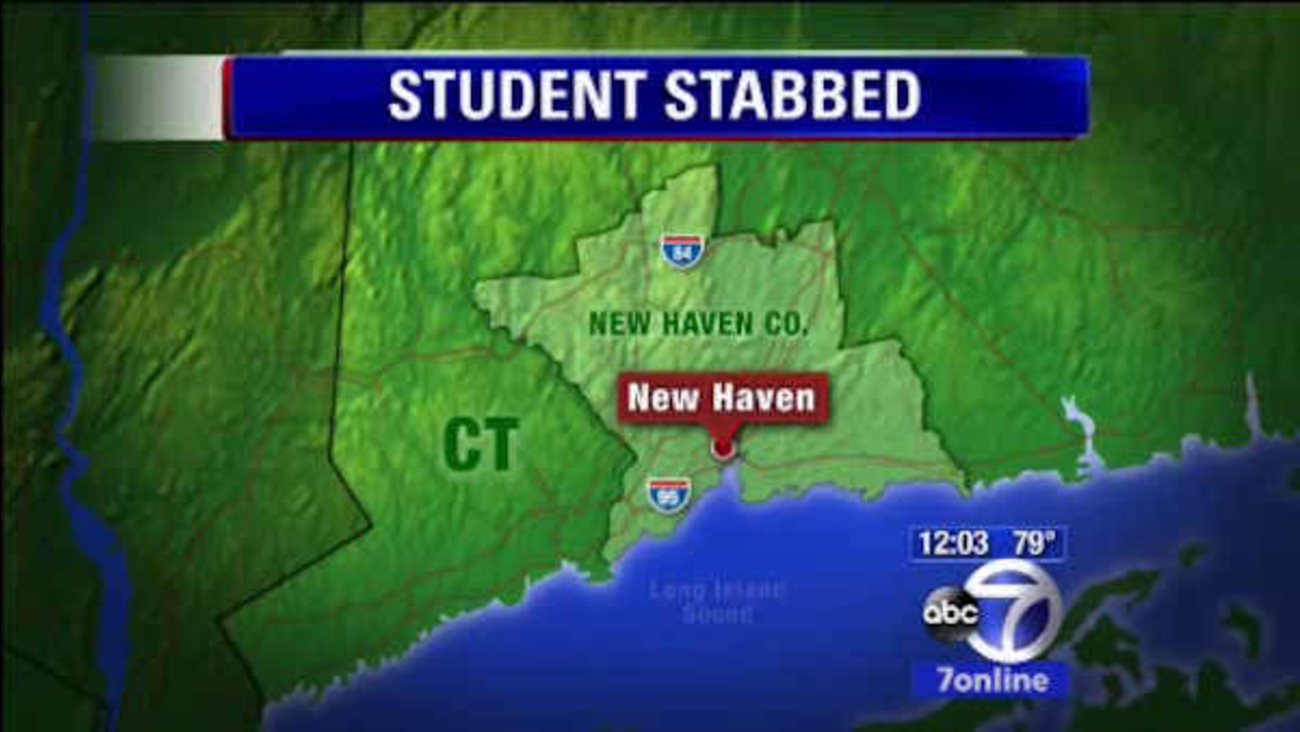 NEW HAVEN -- New Haven police say a Yale University student jumped to his death from the ninth floor of an apartment building after stabbing a fellow student near the Ivy League school's campus.

Authorities were called to the Taft Apartments on College Street near campus at about 5:30 a.m. Tuesday.

The name of the suspect is being withheld pending notification of his family. Police say Michaud is in stable condition at Yale-New Haven Hospital. Officials say the men were acquaintances and Yale students.

Authorities haven't released details of what happened before the stabbing and jump.